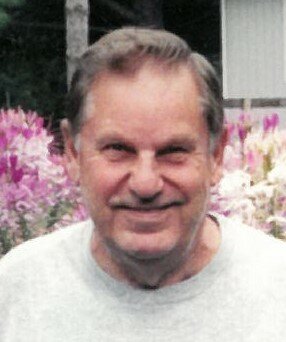 James W. Meyers, 92, a life-long resident of Amsterdam, NY, passed away on Monday, October 4, 2021 at River Ridge Living Center. James was born on August 27, 1929 to the late Joseph and Katherine (Ensle) Meyers.

In 1946 James enlisted in the United States Marine Air Corps. He served his country for two years before his discharge in 1948. After leaving the service, James worked at Mohasco Carpet Mills in Amsterdam for 20 years. In 1968 James left Mohasco and began his career as a Carpenter. He worked for Carpenter’s Local Union 291, based in Albany, for the following 24 years until his retirement in 1992.

Although he had retired from carpentry James still loved to work with his hands and build things, so he began woodworking as a hobby. He also greatly enjoyed fishing, gardening, and spending time with his family. His favorite trips were those he took with his sons, when they would head up North to go fishing.

James is survived by his son Roger (Donna) Meyers, and his daughter Cathy (Curtis Peninger) Meyers, as well as by his grandchildren, great-grandchildren, and several nieces and nephews. Aside from his parents, Joseph and Katherine, he is preceded in passing by his sons: James Jr., Joseph, and Richard Meyers, as well as by his brothers: Joseph, Edward, and William Meyers, and his sisters: Emma Long, Mildred Borst, Florence Peceloni, and Loretta Furman.

A graveside service will be held privately, at the convenience of his family, in Fairview Cemetery, Amsterdam, NY, where he will be laid to rest with his family. Memorial contributions may be made in his memory to the NYOH Community Cancer Foundation, 449 Route 146, Suite 101, Clifton Park, NY 12065, or online at https://newyorkoncology.com/treatments-programs/supportive-care/nyoh-community-cancer-foundation/

To send flowers to the family or plant a tree in memory of James Meyers, Sr., please visit Tribute Store