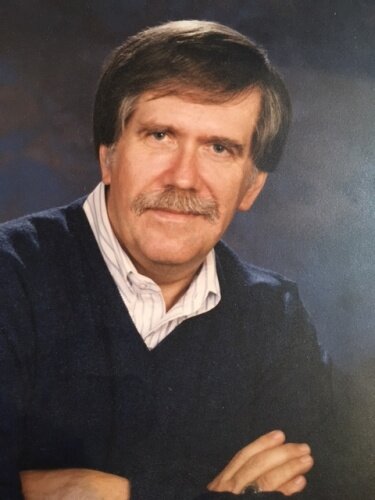 He was born in Bellingham, WA, and grew up in Amsterdam, NY, the only son of Henry A. Madej and Sylvia Kingma Madej, who predeceased him. He is survived by his sister, Ann M Madej, of Lummi Island, WA; by his beloved nephew Alexander Henry Madej Kairoff of Tucson, AZ; two aunts, one uncle and cousins all of whom he enjoyed and loved.

Being very proud of his father’s Polish heritage, Henry discovered where his grandparents were born and added their names to the wall at Ellis Island.  Although he never traveled to Poland, Henry’s cousins visited the town where his grandmother was born and met cousins who still live there. He also enjoyed helping his mother research her side of the family, the Kingmas, originally from the Netherlands.

Henry received his BA from the SUNY Albany in 1967 and his MPA in 1969. He was a member of the Alpha Phi Gamma Journalism Fraternity. As president of the Class of ‘67, Madej was instrumental in preserving "Minerva" the statue that had been a fixture on the campus since 1888 and was in need of restoration after several years of student pranks. Today the statue stands in the lobby of the Science Library.

After graduation he continued to be a strong supporter of the University at Albany campus community. In 1978 Madej received an Excellence in Service award from the University’s Alumni Association and was recognized in 1986 for fifteen years of service to the University Alumni Council.

Henry was active politically for much of his life. As a student leader at SUNY Albany, he brought U.S. Senator Robert Kennedy to the campus. Henry then actively worked on the Kennedy presidential campaign followed by leadership roles for George McGovern, Gary Hart, and Bill Bradley’s Presidential campaigns. He was part of Mary Ann Krupsak’s campaign team and when she was elected to the NY State Senate, he became a member of her staff and continued on staff when she became the first woman Lt. Governor from 1975-1978 and was central in her campaign for Governor. In the City of Albany, he was campaign manager for David Sawyer’s successful campaign in 1973 for Albany City Council. Sawyer was the first insurgent Democrat elected in the city in fifty years. Countless other candidates relied on Henry’s political skills culminating with the central role he undertook in Council Member Jimmy Scalzo’s political career.

Most of his career was spent working at the NY State Legislature, where he advanced to deputy Director of the Assembly Research Service, providing information for Assembly members on topics ranging from how municipal water boards were formed to explaining how cigarette taxes worked.  He served as Special Assistant to Assemblyman Kevin Cahill and then as Legislative Director for Assemblymember Roberto Ramirez from the Bronx.

As an Albany resident, Madej was extremely active in the Neighborhood Resource Center, the Council of Albany Neighborhood Associations and the Pine Hills Neighborhood Association (PHNA). He served several terms as president of the Neighborhood Association, which covers the area adjacent to the University's downtown campus and is a mix of housing for students and long-term residents. He was actively involved in the city’s efforts to improve its code enforcement department to assure there was safe and affordable housing for all residents. He also supported the development of businesses that would improve the quality of life for everyone. He wanted new restaurants in Pine Hills to be family friendly, not establishments run by organizations that he referred to as “Tappa Kegga Day,” where drinking extended into the wee hours of the morning and inebriated patrons wandered through the streets trying to find their way home. Henry was a founding member of the "Committee on University and Community Relations" which brought college students and neighbors together to address issues of safety and behavior off campus.

In 1996 he was the Pine Hills representative to Albany’s Tricentennial Commission, helping to design banners that would be used in his neighborhood and deciding where they would be placed. He also assisted with scheduling events that would take place throughout the year for the Tricentennial.

Dedicated to improving Albany, Henry served on the Albany City Charter Revision Commission in the late 1990s. The Albany Times Union reported that the impetus of the Commission was to revise rather that rewrite Albany's charter, to maintain its historic status as the oldest city charter in the United States and provide a clear and concise legal directive to those who administer our city government. Madej also served on a review panel established by Mayor Jennings in 2001 to address parking problems in Pine Hills.

In his retirement, Henry enjoyed curating articles, documents and pictures related to the history of Albany politicians, the history of Albany as well as his beloved alma mater, the State University of New York at Albany now known as University of Albany. He donated some of those to the Albany Institute of History and Art and also donated his papers on City Charter Revision Commission, Pine Hills Neighborhood Association and Albany Tricentennial Commission to M.E. Grenander Department of Special Collections and Archives at UAlbany. He continued to follow local politics with avid interest and enjoyed regaling friends with memories of humorous incidents during various campaigns.

Contributions in Henry’s name may be made to the Michael J Fox Foundation www.michaeljfox.org/donate, P.O. Box 5014 Hagerstown, MD 21741 or the University at Albany Foundation www.albany.edu/uafoundation  PO Box 761, Albany, NY 12201.

Share Your Memory of
Henry
Upload Your Memory View All Memories
Be the first to upload a memory!
Share A Memory