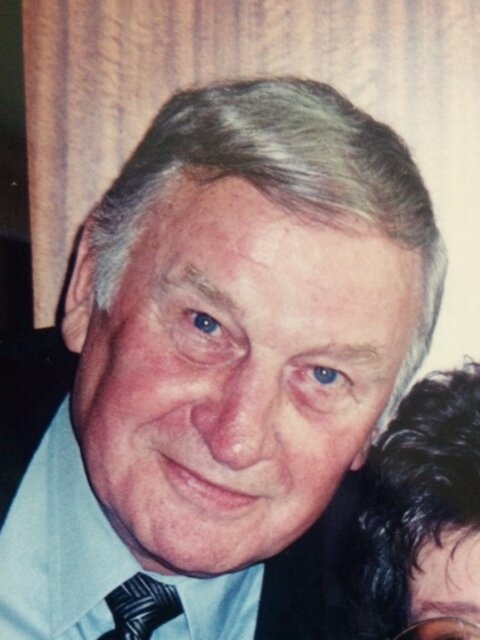 It is with great sadness that the family announces the passing of William L. Henry, age 87, longtime resident of Gloversville on the morning of November 15, 2021. His final years were spent residing with his daughter in Auburn.
Bill was born December 17, 1933 in Amsterdam, NY, the son of the late Leo and Frances Slimek Henry. As a boy he was raised on a farm in the area then moving to Fort Hunter.  He was stationed in Germany in the US Army, moved to Tribes Hill after discharge, then making Gloversville his home in the 1970’s.  Bill worked as a diesel mechanic for Glen Mohawk, and later Hertz-Penske Trucking in Fultonville.   He was an avid drag racer and fan at the Fonda Speedway, enjoyed working on engines, horse races at Saratoga and playing cards.  Many wonderful family memories were made at Poppy’s house, especially his annual Labor Day barbeques and over the top Christmas celebrations.
Bill was a member of the Church of the Holy Spirit in Gloversville and previously the Tribes Hill Presbyterian Church.
A devoted family man he is survived by five children, Wendy Henry, Rebecca Ghazian (Henri Miller), John Hurd (Denise), Teresa Hurd (Steven Colella) and Robert Hurd Jr. (Lynn Sullivan); eight grandchildren, Sasun Ghazian, Michael Locastro, Brandon Hurd, Jamie Hurd, Parvin Ghazian, Kristi Hurd, Adam Hurd and Dylan DeSimone; two sisters, Eleanor Kennedy and Helen Perrone; many special great-grandchildren and several nieces and nephews.  He will be dearly missed by many special friends and family.
In addition to his parents, Bill was predeceased by his loving wife of 33 years, Patricia Sullivan Henry; former wife of 17 years, Barbara Hagaman; eldest daughter, Holly Henry Swalgin; sister, Charlotte Marion Elliott and brother, Edward Henry.
The family will receive relatives and friends from 10 to 11 am Monday, November 22 at the Church of the Holy Spirit, 151 S. Main St; Gloversville, followed by a Mass of Christian Burial at 11 am with the Rev. Donald Czelusniak officiating. The family prefers that facial masks be worn.
Interment will follow at Ferndale Cemetery, Johnstown.
Memorial contributions may be made in lieu of flowers to the Hospice of the Finger Lakes, 1130 Corporate Drive, Auburn, NY 13021.
Arrangements have been entrusted to Walrath & Stewart Funeral Home, Gloversville.
Online condolences to the family may be made at www.brbsfuneral.com

To send flowers to the family or plant a tree in memory of William Henry, please visit Tribute Store
Monday
22
November