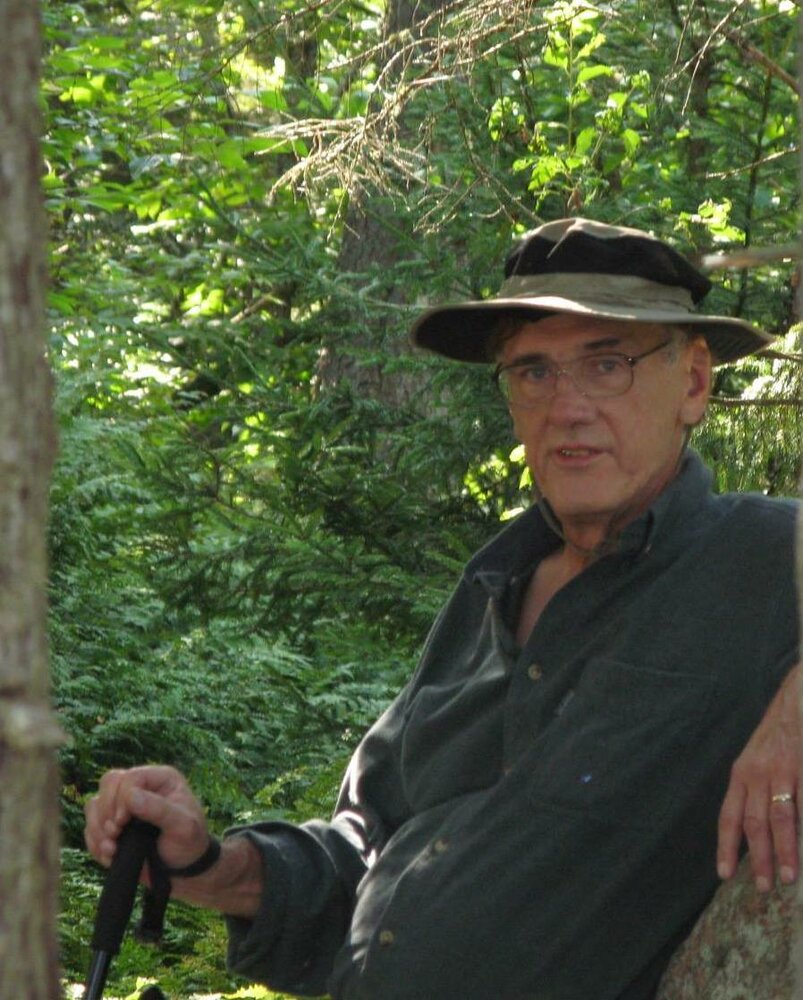 Lawrence Roger Moran, beloved husband, father, son, brother, uncle, cousin and friend, died Friday, November 26, 2021 at Ellis Hospital in Schenectady. He was born on July 26, 1948 to Roger and Elizabeth (Martin) Moran, He attended Fort Hunter and Amsterdam public schools and earned a BA in Philosophy from Union College where he was a member of Phi Sigma Kappa fraternity.  He was employed by the New York State Education Department as an internal auditor.

In January of 1971 he married Theresa “Terri” Ekelund. They recently celebrated their 50th wedding anniversary. They were blessed with a daughter, Carrie Elizabeth Moran Ekelund.

Larry was a poet, philosopher, and student of military history. He loved the Adirondacks where his family owned a camp in Speculator. He was an excellent canoeist and he and Terri went on many camping trips. He enjoyed traveling and they went to England, Scotland, Wales and various countries in Europe as well as many places in the United States and Canada. He was a sports enthusiast, and the New York Yankees and New York Giants were his favorite teams. He enjoyed many family reunions in Massachusetts and New Hampshire with the Moran family and other reunions with the Martin and Prill families.

Larry was pre-deceased by his father Roger Moran, brothers David and Jeffrey Moran, and his niece Melissa Giventer. He is survived by his mother, Betty Moran, his beloved wife Terri, his daughter Carrie (Moran) Ekelund and their wife Cera (Schrems) Ekelund along with his sister, Karen Kopf (Jeffrey), brothers Tim Moran (Vicki) and Matt Moran (Laureen), sisters-in-law Janice McCord (Bill), Carol Young, Mimi Ekelund, Susan Ekelund, Barbara Ekelund, and Nancy Dolan (Joseph). He is survived by 13 nieces and nephews and 12 grand nieces and nephews along with several Argersinger, Martin and Prill cousins.

The family extends their thanks to special friends Margaret Rockwell and Karen McKenney, to Dr. John Petrillo who cared for Larry for the past 15 years, and to the doctors and nurses of the Ellis Hospital Intensive Care Unit.

In lieu of flowers, donations to the Adirondack Council, are appreciated.

Calling hours will be from 4-7 pm on Friday, December 3, 2021 at the Betz, Rossi, Bellinger, Stewart Funeral Home, 171 Guy Park Avenue, Amsterdam, New York. Masks will be required. A graveside service will be held in Pine Grove Cemetery on May 13, 2022 at 11 am.

To send flowers to the family or plant a tree in memory of Lawrence Moran, please visit Tribute Store
Print
Friday
3
December