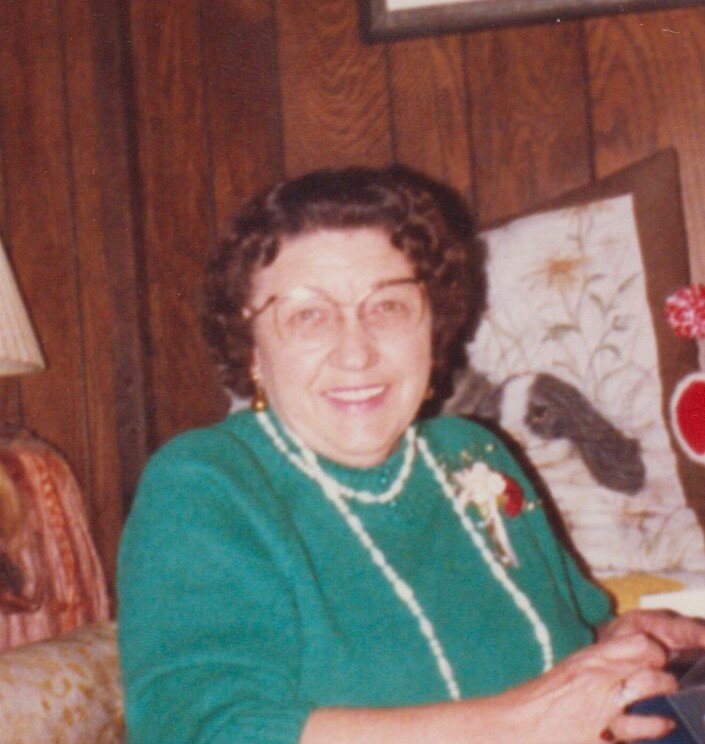 Mrs. Betty Jane St. Louis, 91, of Mayfield, passed away peacefully on January 1, 2022 at Nathan Littauer Hospital, with her family by her side.

She was born December 15, 1930 in Gloversville, NY the daughter of the late, Howard and Dorothy (Walker) McGuire.  On August 14, 1957 she married the love of her life, Charles St. Louis Sr and the two spent 64 loving years together until his passing in 2011.

Betty was a glove maker with Grandoe Corp. of Gloversville,  until her retirement in 1992.  She enjoyed spending time with her grandchildren, Jenna and Jeremy traveling and spending summers together.  In 2010 she became a "GIGi" to her first great grandson, Wyatt and the two shared a very special bond.  Three years later she was blessed with her second great grandson, Jase, whom she loved immensely. Betty enjoyed listening to country music, cooking and baking for her family.  Her favorite time of year was the holiday season where she hosted family and friends.  Later in life she came to enjoy playing BINGO at Nathan Littauer Nursing Home, often with her great grandson, Wyatt. splitting the profits.

In addition to her parents and husband, Betty is predeceased by her son, Charles St. Louis Jr.; as well as three siblings.

Graveside services will take place in the spring at Prospect Hill Cemetery at a time to be announced.  Arrangements are under the direction of the Walrath & Stewart Funeral Home, 51 Fremont St. Gloversville, NY 12078.

Memorial contributions may be made in lieu of flowers to the American Cancer Society.

To send flowers to the family or plant a tree in memory of Betty St. Louis, please visit Tribute Store