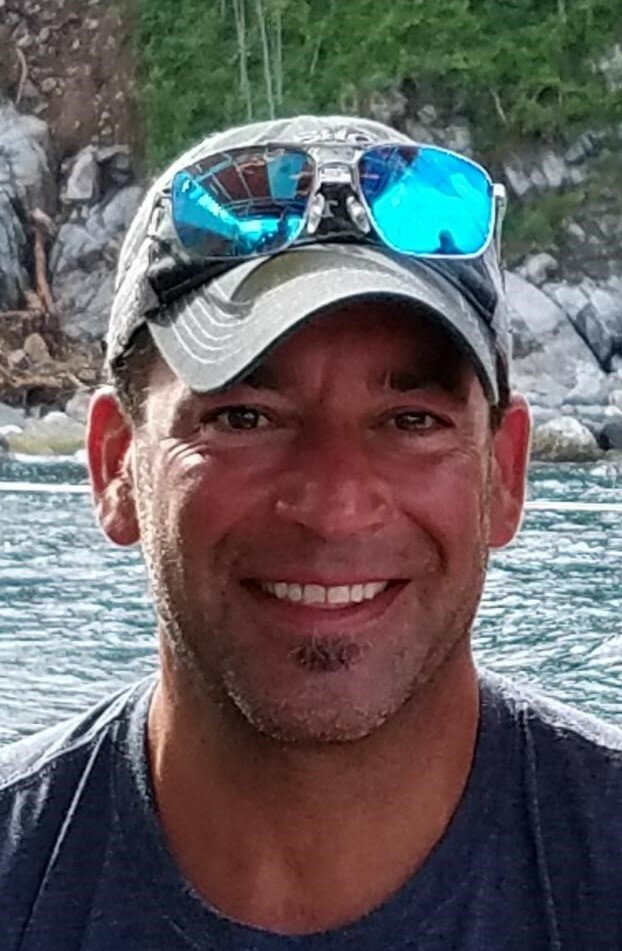 Jason Jeremy Stewart died unexpectedly on January 11, 2022 at the age of 51, and while he is no longer with us, his life has not truly ended, as he made the choice to be an organ donor and save the lives of others. As one friend put it, this is “so Jason.”

The son of Willard and Stephanie Stewart, he was born on October 3, 1970, in Mayfield, N.Y., which remained his hometown. It was not long before he would be joined by his “Irish twin” and best friend Kristin the following year. He married the love of his life, Jenna (St. Louis), in 2005, and the two of them shared their love for their dogs, Tugg, Judge, and Piper, music, adventure and travel, specifically to their happy place, the island of St. John.

Jason was a 1989 graduate of Mayfield High School, where he enjoyed his time on the soccer field and developed life-long friendships. He went on to LeMoyne College with a soccer scholarship, and earned his degree in Communications. From there, he spent time living in different areas around the country before settling back down with Jenna in 2002 at their home near the Great Sacandaga Lake, where he loved spending summer days in the sunshine on the family boat, the San Pan. He worked for several years as a meat cutter and made fast friends at all of his workplaces. Most recently Jason was employed as a driver at UPS, where he discovered a job he truly loved: being on the move, talking to people, bringing treats for everyone’s dogs, and working with a crew he loved and respected.

Jason and Jenna’s favorite memories live in St. John. When they first traveled to the island in 2013, they found their home away from home. Jason most loved snorkeling and underwater photography, where he would escape for hours, many times coming back with a heart-shaped coral he found for Jenna. He also loved chasing turtles, treasure hunting, walking dogs at the Animal Care Center of St. John, manning the grill while hanging out with friends and listening to Kenny Chesney, although his true favorites were Phish and Ween.

When friends and family remember Jason, they remember his zest for life, his free spirit, amazing hugs, infectious laughter, entertaining dance moves, and most of all, his “heart of gold.” Jason loved easily and openly and was easy to love in return. He simply made the world a better place.

The family will hold a celebration of Jason’s life and his gifts of organ donation during the summer. Until then, memorial contributions can be made to the Animal Care Center of St. John at stjohnanimalcarecenter.com; or you can follow his example by registering as an organ donor at donatelife.net.

Share Your Memory of
Jason
Upload Your Memory View All Memories
Be the first to upload a memory!
Share A Memory