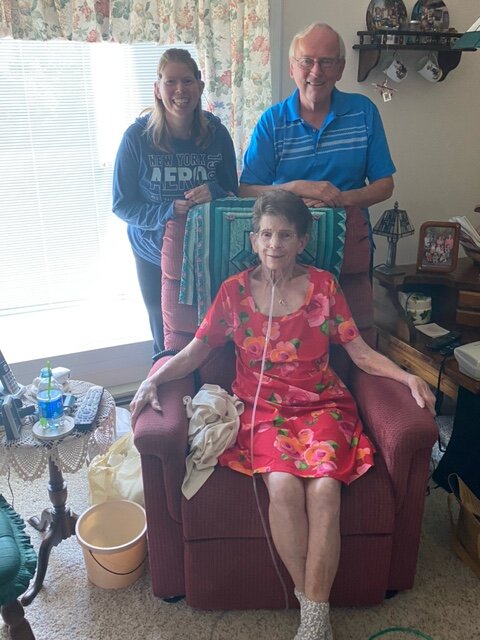 Mrs. Frances M. “Fran” White, age 72, of Gloversville, New York, died on Wednesday, January 19, 2022 at her home with her husband and daughter at her side.

She was born on April 2, 1949 in Niskayuna, New York, a daughter of Lawrence and Mary Johnson. She graduated from Notre Dame Catholic High School, Class of 1967. Following high school, Fran was employed as a secretary by the General Electric Company of Schenectady, New York. While employed with GE, she met Tom, whom she married on July 24, 1976. She was a devout Catholic and enjoyed flower gardening, bowling, bingo and spending time with her family.

She was predeceased by her parents and her siblings, Grace (late Robert) Lynch, and Stephen Johnson.

Services for Fran will be held privately at the convenience of her family.

In lieu of flowers memorial contributions may be made in memory of Frances to NYOH (NEW YORK ONCOLOGY HEMATOLOGY), 1700 Riverfront Center Amsterdam, NY 12010.

The staff of Walrath and Stewart Funeral Home is honored to have been entrusted to assist Fran’s family at this difficult time.

To send flowers to the family or plant a tree in memory of Frances White, please visit Tribute Store

Share Your Memory of
Frances
Upload Your Memory View All Memories
Be the first to upload a memory!
Share A Memory
Send Flowers