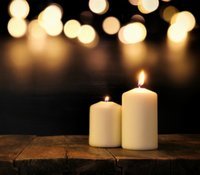 Edward Charles Schwartz Jr., 75, of Troy, New York passed away peacefully on January 12, 2022 at Samaritan Hospital. He was born in Amsterdam, New York on May 22, 1946 to the late Edward Sr. and Ruth (Kelley) Schwartz.

Edward attended local schools, and earned his Bachelor’s Degree in English Literature from the Statue University of New York at Albany. He also completed a Graduate Study at the State University of New York at Geneseo. After college, he went on to work as an actor under the stage name Edward Kelly. His acting career brought him to many places throughout the United States, including Florida, where he performed at Walt Disney World; South Carolina, where he worked for a local Fox station; all throughout the Catskills of New York, where he performed at resorts throughout the summers, as well as in Lake George, New York where he worked at Gaslight Village. He was a member of the Adirondack Players, Inc., and the Screen Actors’ Guild until his retirement. Edward also spent some time during his career teaching English in Brazil.

Throughout his life, Edward enjoyed travelling abroad. His greatest love in life was his career as an actor, and he loved holding performances, on stage and off, whenever he could. Edward also loved spending his time baking, and was the only person who ever mastered the art of Ruth’s Knot Cookies.

Edward is survived by his sister, Kathleen Sadler; his nieces, Alison (Daniel) Tate, and Sherry (Tom) Cuffel Diamond; nephews, Sean Sadler and Terry Cuffel; as well as by his cousin, Fran Hoffman. Aside from his parents, Edward Sr. and Ruth, Edward is preceded in passing by half-sister, Joan Barnes.

Funeral services will be held privately, at the convenience of Edward’s family at St. Joseph’s Cemetery in Amsterdam, New York where he will be laid to rest with his parents. Memorial contributions in his memory may be made to the American Heart Association at heart.org

To send flowers to the family or plant a tree in memory of Edward Schwartz Jr., please visit Tribute Store
Print
Share A Memory
Send Flowers