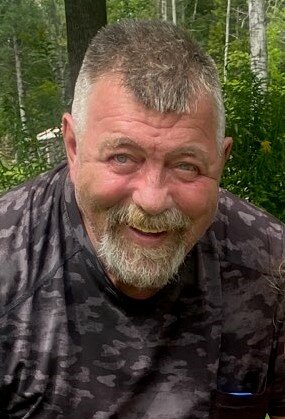 Mr. John Julius Bleyl, Sr., 69, of Bleecker, New York, died on Sunday, January 23, 2022 at Nathan Littauer Hospital, with his loving family at his side.

He was born on February 29, 1952 in Gloversville, New York, the son of Stephen and Ruth (Pollock) Bleyl. He attended Wheelerville School and following his education, went to work with his grandfather Julius, father Stephen, and brothers Tom & Ed as a woodsman and working at the sawmill. He served for 12 years as the Town of Bleecker Highway Superintendent before starting his own excavation business, which he operated until his passing. In his spare time he could often be found tinkering in his garage or working on his equipment. John especially enjoyed camping and riding motorcycles. John was also proud of the fact that he had taken a course in log home building, and had built two homes and assisted with a third.

He was predeceased by his father: Stephen E. Bleyl; his siblings: Shirley (Al) Alfini, Edward Bleyl, and Tom Bleyl; and his nephew, Peter Bleyl.

The family will receive relatives and friends for a period of visitation from 11:00AM until 1:00PM, Sunday, January 30, 2022 at Walrath & Stewart Funeral Home, 51 Fremont Street, Gloversville which will be followed by a Funeral Service at 1:00PM. Masks will be required while inside the funeral home.

Interment will take place privately at the family’s convenience.

Memorial contributions may be made in John’s memory to Mountain Valley Hospice, 108 Steele Avenue, Gloversville, NY 12078. John’s family would like to express their gratitude to the ICU Staff at Nathan Littauer Hospital for the compassion, respect, and care they showed during John’s stay.

The staff of Walrath and Stewart Funeral Home is honored to have been entrusted with John’s care as his family navigates this difficult time.

To send flowers to the family or plant a tree in memory of John Bleyl, Sr., please visit Tribute Store
Sunday
30
January