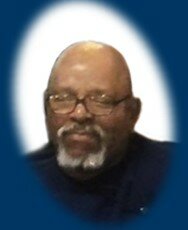 Mr. Charles “Chas” “Stevie” Teabout Sr., 73, of Amsterdam, passed away on February 2,2022  at the Capstone Center for Rehabilitation and Nursing in Amsterdam.

Born in Amsterdam, NY on November 15, 1948 a son of the late Maxine and Mo Teabout. He was a lifelong Amsterdam resident and attended local schools.

Charles worked for the City of Amsterdam in Construction and Sanitation. He also was employed for Jerry Gallup and Mingo’s Moving Company in Amsterdam. He was the owner and operator at one time of the former CT’s Tavern on East Main St. in Amsterdam.

He was of the Christian faith.  Charles enjoyed listening to his music while singing (like he was performing), watching all sports from his beloved NY Giants to the horses in Saratoga Springs and everything in between.  He also enjoyed his frequent trips to OTB and above all spending time with his family.

Share Your Memory of
Charles
Upload Your Memory View All Memories
Be the first to upload a memory!
Share A Memory