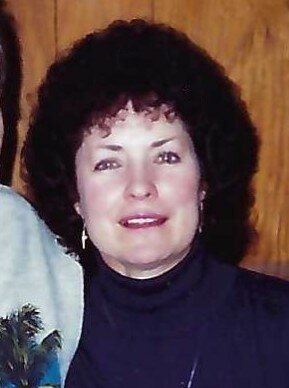 Barbara worked as an Administrative Assistant for over 37 years. For the majority of her career she worked at the General Electric Company in Schenectady. She later transferred to different facilities as the company grew throughout the years.

Outside of her career, Barbara poured her heart and soul into her household. She was a family-oriented woman who loved to organize and host family get-togethers, and always enjoyed being surrounded by those she loved. The only thing she enjoyed as much as the company of her family was the opportunity to bake and cook for them. Barbara was also a life-long cat lover, and she enjoyed spending time with her feline companions

On July 4, 1992 she was united in marriage to James B. Luffman, who survives her. Barbara is also survived by her sons, Thomas (Michelle) Stottlar and Jeffrey (Brenda) Stottlar; her step-sons, James Luffman Jr., Michael Luffman, and Christopher Luffman; her grandchildren, Hannah, Dylan, Alicia, and Thomas Stottlar; step-grandchildren, Angel, Ryan, Anthony, and Alexandria Luffman; her sisters, Catherine Cain, Margaret Crandall, and Mary Lou Wells; as well as by her siblings-in-law, Anne Loucks, William Luffman, Susan Irish, and Edmund Luffman.

Aside from her parents, Thomas and Katherine, Barbara is preceded in passing by her siblings, Thomas, Arlen, Robert, Patricia, Maureen, and David.

Funeral services will be held at a later date, to be announced. Memorial contributions may be made in her memory to The Community Hospice at https://www.givetocommunityhospice.org/donate/

To send flowers to the family or plant a tree in memory of Barbara Luffman, please visit Tribute Store

Funeral services for Barbara will be held at a later date, with details to be announced online.