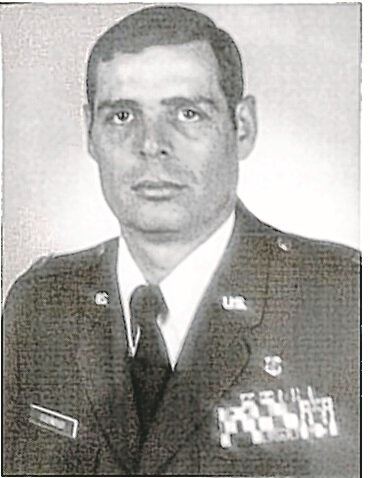 Obituary of Albert A. Gugenberger

Albert Arthur Gugenberger “Al” passed away on September 28, 2021 at the age of 72 at the Veterans Administration Hospice in Tucson, Arizona.

Al was born in Gloversville, New York on February 11, 1949,the son of Elwin and Shirley Gugenberger. He is survived by his wife Cynthia, his daughter Dyan Goulooze and sisters Susan Tagliatela, Patricia Capparello and Nancy Insogna, (Mrs. Joseph) and many nieces and nephews and their children.

Al was preceded in death by his parents. Al graduated from Gloversville High School in 1967, and from Granite State College in New Hampshire with a Bachelor of General Studies in 1972 and from the University of Northern Colorado with a Master of Science in 1981. After graduating high school in 1967 Al joined the Air Force. He retired in 1988 with the rank of Captain.

During this time, he lived in New York, New Hampshire, South Carolina, Wyoming, Montana, Maine, and spent a year in Vietnam and another year in Korea. As an Air Force Sergeant Al was designated as Administrative Airman of the Year for the 15th Air Force. After leaving the Air Force Al continued his career in health care administration for another thirty years serving as CEO of La Pine Community Health Center in La Pine, Oregon, Northeastern Rural Health Clinics in Susanville, California, Sun Life Family Health Center in Casa Grande, Arizona and Lake Powell Medical Center in Page, Arizona. Al was a Fellow of the American College of Health Care Executives. He served as President of the Arizona Association of Community Health Centers, 2000 – 2002. He was a member of the Arizona Association of Community Health Centers Board of Directors, 1992 – 2006. Al was President of The Community Health Centers Collaborative Ventures, 2002 – 2004. He served on the Board of Directors from 1994 – 2006. Community Service was very important to Al. He was a Paul Harris Fellow of the Rotary Club and served on their Board of Directors in Casa Grande. He served several years as a member of The Casa Grande City Council 2000 – 2006 and served as Mayor
Pro Tempore. Al also served several years on the Casa Grande City Planning Committee. He was active in the Casa Grande Chamber of Commerce, serving
on the Board of Directors 1999 – 2005. In 2005 Al was a finalist for the Arizona Business Journal’s “Healthcare Hero” award.

In his free time and most mornings before work Al indulged his passion for long distance cycling covering 25 – 30 miles on many weekdays before work and sometimes 100 miles on a weekend. He and his wife Cynthia enjoyed traveling in Central America, Canada, and Europe. Al will be remembered for his love of family, his love of animals, his service to his community and country. He had a wonderful
sense of humor and he delighted in the company of friends, colleagues and co workers.

Please consider Alzheimer’s Research and Multiple Sclerosis charities for any memorials or remembrances. Services will be in Gloversville, NY at a later date. Al was much loved
and will be missed.

A Mass of Christian Burial will be celebrated Saturday, July 16, 2022 at 11:00 am at the Church of the Holy Spirit, 153 S. Main St; Gloversville, with the Rev. Donald Czelusnaik officiating.  Interment with Military Honors will follow at Mount Carmel Cemetery, Johnstown.

To send flowers to the family or plant a tree in memory of Albert Gugenberger, please visit Tribute Store
Saturday
16
July

Share Your Memory of
Albert
Upload Your Memory View All Memories
Be the first to upload a memory!
Share A Memory
Send Flowers