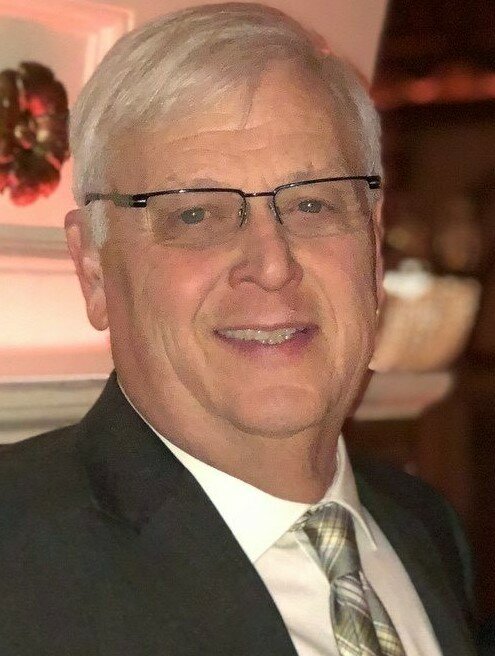 Mr. John Arthur Calabrese, age 72, of Gloversville, died peacefully on Monday, March 28th, 2022, at his home with his beloved wife at his side after a courageous nine-month battle with ALS (Lou Gehrig’s Disease).

He was born on December 5, 1949, in Gloversville, the son of the late Arthur and Louise (Macolino) Calabrese. He graduated from Gloversville High School and continued his education at Hudson Valley Community College earning a degree in Drafting and Mechanical Drawing with the class of 1970. He was employed for over 45 years as a Production Control Manager for Keymark Inc of Fonda. He was of the Catholic faith and a member of The Church of the Holy Spirit.

John is survived by his loving wife of almost 50 years, Laura Thomas; his children Candace Calabrese and John (Christina) Calabrese; his adored grandchildren Cassidy Jae Kujath (daughter of Candace) and Boden and Emma (children of John & his wife Christina); his brother Richard (Elizabeth) Calabrese, his Sister-in-law Candy (Tony) Mowrey and many cousins, nieces, and nephews.

He was predeceased by his parents Arthur J and Louise M (Macolino) Calabrese.

A lifelong Gloversville resident, John volunteered much of his time to the youth in his community. He was highly active in Pop Warner Football where he held various positions not only as a coach but eventually in various positions on the Board. He was also a continually active member of the Gloversville Football Alumni Club where he held various board positions and was an integral part of the club’s fundraising effort to purchase and install lights at Husky Field. These lights are still in use today for all athletes at GHS.

He loved sporting events, was an avid NY Giants fan and enjoyed watching Michigan State University Football and Basketball for many years. He enjoyed thoroughbred horse racing and spending time in the Paddock area at Saratoga Racetrack. In addition to that he enjoyed food, beer, and wine festivals; car shows and anything that got him out into the community and involved with friends and family.

He was admired and loved by many members of the community. Some comments made recently:

“This guy was the epitome of family ….. John you are a Gloversville legend and represented all that is great about our little city”

“I remember thinking in high school that if I ever became a parent with kids who played sports, I would want to have a positive presence at practices and games like Mr. Calabrese. Not only for my own kids but for their teammates who may not have the support they need.”

“When I look back on my life-there were many who touched my life-but there were only a very few who impacted the direction of my life. You (John) are one of those few”

John was a devoted friend to many, often referred to as “the mayor” because he had a knack of making friends everywhere he went. His cherished circle of friends is too many to name here, but his wife and family will be forever grateful for the tremendous outpouring of love and support during this devastating illness.

The family will receive relatives and friends for a period of visitation from 3:00 PM to 6:00 PM, on Wednesday, April 6, 2022, at Walrath & Stewart Funeral Home, 51 Fremont Street, Gloversville, NY where a Celebration of Life will follow at 6:00 PM with Fr Matt Wetsel officiating.

Special thanks to everyone at the ALS Clinic at Mount Sinai in NYC, St Peter’s Regional ALS Center in Albany, NY, the personnel at the New York State Police EAP, and the NYS Troopers PBA Signal 30 Fund Inc. for their help in getting a diagnosis and follow-up treatment,  and the nurses and support staff of Mountain Valley Hospice for their love and support as John neared the end of his journey.

Memorial contributions may be made in memory of John to either Mountain Valley Hospice, 108 Steele Ave, Gloversville, NY 12078, or to St. Peter’s Regional ALS Center, 19 Warehouse Row, Albany, NY 12205.

The staff of Walrath and Stewart is honored to be assisting the Calabrese family.

To send flowers to the family or plant a tree in memory of John Calabrese, please visit Tribute Store
Wednesday
6
April