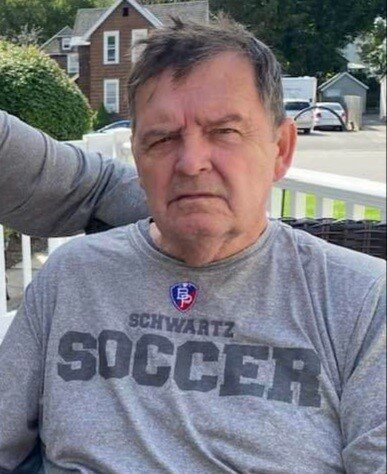 He was born on November 4, 1950 in Providence, Rhode Island, the son of Edward and Arlene (Meyers) Marshall. His family moved to Gloversville where he graduated from Gloversville High School  in 1968.  Bob entered the Police Academy eager to pursue a career in law enforcement.  For 25 years Bob served on the GPD retiring in 1996 as a Lieutenant, one of his many accomplishments.  Bob was a member of the Blue Angels, the PBA and also volunteered with the National Guard.

Bob spent many years around race cars and was frequently seen at the racetrack in Fonda or Malta on a pit crew or two. He and his wife owned horses for over 25 years. They loved traveling the rodeo circuit with friends where he competed in team roping.

Bob was a devoted husband, father and grandfather and was known for being at every sporting event for his girls, only later to do the same for his two grandsons.   He was Broadalbin-Perth Soccer and Baseball's number one supporter. As an avid sports fan he loved the NY Giants, NY Yankees, Ohio State Buckeyes, NASCAR and golf.  He also enjoyed car rides with his wife and his DD coffee, especially his stops with DD to Nethaway's.
After retiring, many could depend on seeing Bob’s infectious smile at Mark’s sub shop, Robin's gas station or Home Depot.  He touched many lives with his friendly demeanor and sarcastic sense of humor.

He was predeceased by: his parents; Edward and Arlene Marshall; father in law: Kenneth L. Putman; and grandson: C.J. Insogna.

Bob’s wishes were to be cremated. A Celebration of Life will be planned at a later date at the convenience of the family.

A special thank you to Hospice, specifically Susie, Celeste, Megan and Dr. Cope. Contributions may be made in Robert's memory to Mountain Valley Hospice, 108 Steele Avenue, Gloversville, NY 12078 .

The staff of Walrath and Stewart Funeral home is honored to be assisting the Marshall family.

To send flowers to the family or plant a tree in memory of Robert Marshall, please visit Tribute Store