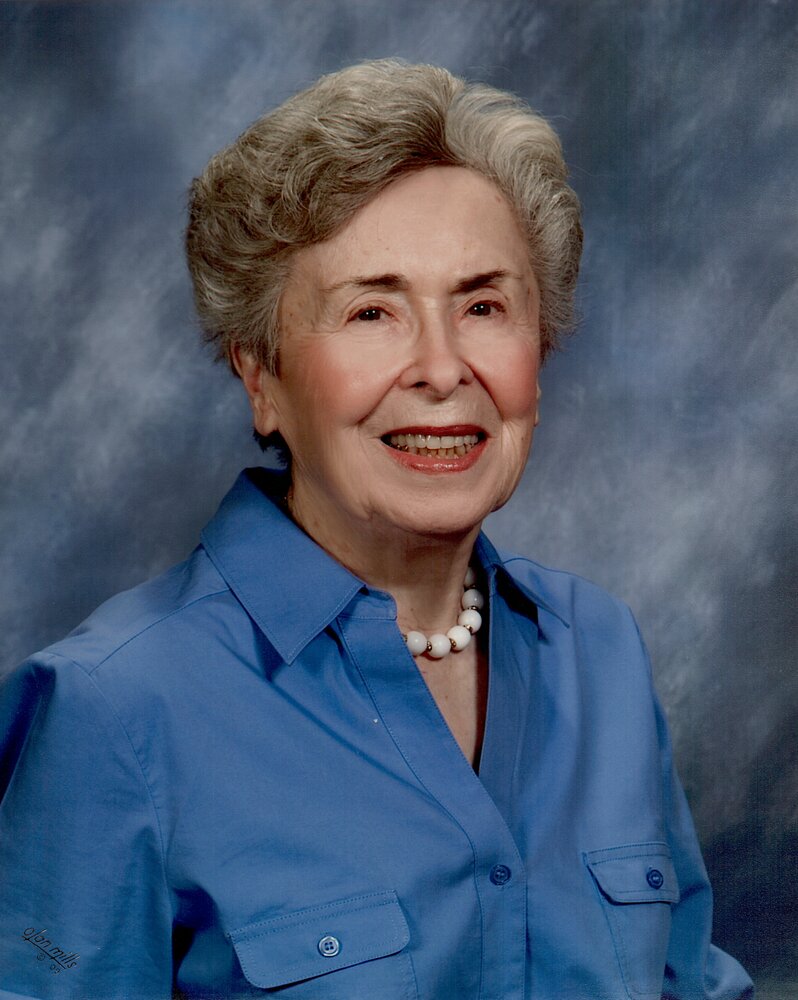 Elsie was born in the north London suburb of Muswell Hill, England on July 1, 1927. She was deeply affected by WWII as a child but did meet the love of her life during the war, an American soldier named Henry. They were married on September 3, 1945 shortly after the end of the war was declared. Returning to America with his bride, Henry and Elsie moved to Gloversville where they would reside their entire lives to work and raise their family.

Elsie became a Naturalized United States citizen in 1953. She was proud to become an American citizen while also holding a special love for England. She and Henry took a most memorable trip back to London as part of their 50th Wedding Anniversary celebration in 1995.

Elsie was known for her kindness and compassion. She worked for over 30 years at the New York State Department of Labor and many in the community remembered her friendliness, and her “lovely” British accent.

She enjoyed playing piano, going to the theater, gardening and was always interested in keeping herself and her family healthy. She stayed active by going to the YMCA, taking classes at FMCC and attending Fremont Methodist Church. She lived a modest life, had a great sense of humor and would always listen and offer words of encouragement whenever her family or friends needed guidance.

Elsie was preceded in death by her husband Henry Brownell, her brother David Scadding, and sister Beryl Scadding.

She was loved by all and her words will forever live on…. “take care of yourself for Gawd’s sake”.

The family will receive relatives and friends on Monday, April 18th from 10:00 – 11:00 am at Walrath & Stewart Funeral Home, 51 Fremont Street, Gloversville, where a memorial Service will follow at 11:00 am with Pastor Neal Longe officiating. Internment with an urn burial will follow at Prospect Hill Cemetery

The Staff of Walrath and Stewart Funeral home is honored to be assisting the Brownell family.

To send flowers to the family or plant a tree in memory of Alice Brownell, please visit Tribute Store
Monday
18
April

Share Your Memory of
Alice
Upload Your Memory View All Memories
Be the first to upload a memory!
Share A Memory
Send Flowers