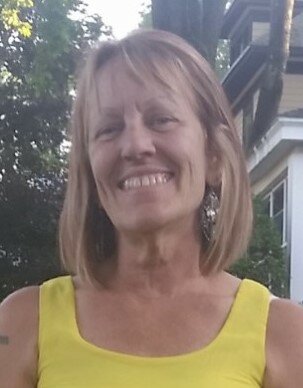 Ms. Melodie Swanson, 62, originally of Canajoharie, NY passed away April 17, 2022  at Ellis Hospital in Schenectady. She was born on May 19, 1959  in Little Falls , New York  to Mr. Leonard Swanson and Mrs. Natalie Eaker Swanson. She attended Canajoharie Central Schools before attending Utica University graduating with a bachelor's degree of social work in 1982. Melodie was an extremely generous person and donated to several charities including the Humane Society, the Wildlife foundation, the Breast Cancer Foundation as well as dedicating her time to helping local youth through social work. She was employed by Schoharie County as a social worker for several years , retiring in 2017.

Melodie is survived by her daughter Monica Dodge, her beloved grandchildren Aleena and Ethan Samuelson, father Leonard Swanson, her Aunt Beverly (Harold) Buddle, her half brother Tommy Swanson, nieces; Janel Swanson and Stacy Coveny, cousin Mark Buddle and her best friends Jodi and Angela as well as numerous friends who were like her family.

She was preceded in death by her mother Natalie Swanson, as well as her half brother Charlie Swanson.

There are no services scheduled at this time.
In lieu of flowers donations may be made to the Breast Cancer Foundation.

To send flowers to the family or plant a tree in memory of Melodie Swanson, please visit Tribute Store

Share Your Memory of
Melodie
Upload Your Memory View All Memories
Be the first to upload a memory!
Share A Memory
Send Flowers