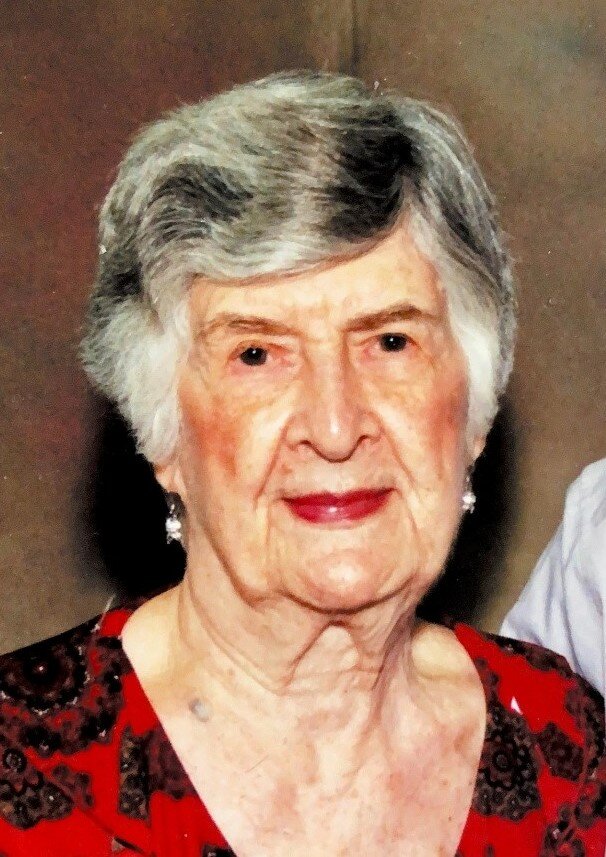 Marjorie Dietrich, 100, of Amsterdam, NY passed away peacefully at River Ridge Center for Nursing and Rehabilitation on Good Friday, April 15th 2022. She was born on December 24, 1921 in Park Slope, Brooklyn, NY to the late Charles and Ethel Dunlap.

Marjorie grew up in Jamaica, Queens where she was a bright student, who excelled in English. She would go on to work as a telephone operator at the International House on Riverside Drive. Marjorie later worked as a Secretary at the former Mohasco Carpet Mill, where she retired from in 1983.

She met the love of her life, Kenneth, at a roller skating rink. They were united in marriage on May 30, 1940, and shared life’s journey together for the following 75 years, until his passing in 2015. For the first several years of their marriage, Marjorie and Kenneth lived in Pennsylvania with Kenneth’s family. They later moved to Amsterdam, NY where her grandparents lived, and started their family together.

Marjorie was an active member of the former Trinity Reformed Church in Amsterdam, where she taught Sunday School and sang in the Church Choir. She was a devoted wife and mother, and her family was her passion. She shared many memories with her family at camp on Galway Lake, and on trips to Cape Cod and Maine. Her love and care for her children was seen to the very end, and continues to live on in every life she touched.

She is predeceased by her husband, Kenneth; her daughter, Carol; parents, Charles and Ethel Dunlap; her granddaughter, Jane Morehouse; as well as by her sister, Ethel Palmatier.

Relatives and friends are invited, and may call on Monday, April 25, 2022 from Noon until 1 o’clock in the afternoon at the Betz, Rossi & Bellinger Family Funeral Home, 171 Guy Park Avenue, Amsterdam, New York 12010. Funeral services will follow with the Rev. Dr. R.W. Williams presiding. Interment will follow in Fairview Cemetery in Amsterdam, New York where she will be laid to rest with Kenneth. Memorial contributions may be made in her memory to Guiding Eyes for the Blind at www.guidingeyes.org.

To send flowers to the family or plant a tree in memory of Marjorie Dietrich, please visit Tribute Store
Print
Monday
25
April