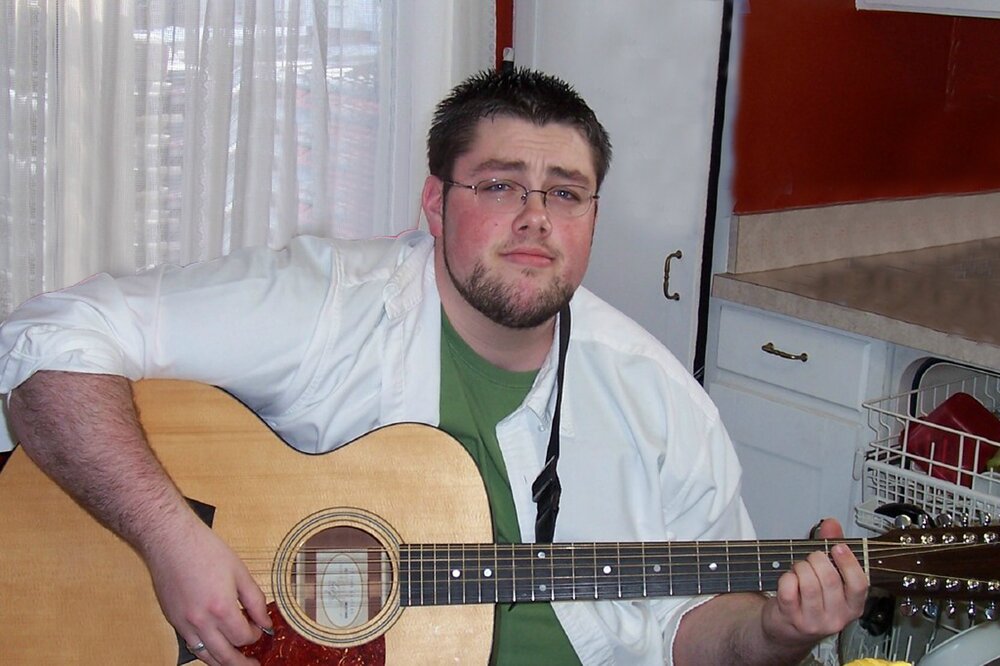 Chad Michael Christman, age 36, of Mayfield, New York died on Monday, May 16, 2022 unexpectedly at his home.

He was born on July 26, 1985 in Amsterdam, New York, the son of Michael Christman and Darla (Gallup) Hine.  He graduated from Mayfield High School and continued his education at Schenectady County Community College, as well as City College of New York in New York City where he received his bachelors degree.  He continued on to earn his Masters degree in Music Therapy at SUNY New Paltz.

After completing college he worked in the Kingston area caring for the mentally ill doing music therapy.  He transitioned into social work for Parsons Child and Family Services out of Albany.  He later relocated back to his hometown of Mayfield and began working as a behaviorist for Lexington.  For a period of time at Lexington he served as manager for their band Flame.

While Chad always cared deeply for all the people he worked with in his jobs, his passions was always for music.  He started playing drums at a young age, which sparked the flame for his truest love.  He dedicated much of his time to learning and perfecting his craft, playing in bands all through high school, active in both the orchestra and jazz band even as an alumni.  Under the direction of Noel Wing he found his love for Jazz Music.

Through his time at SCCC and as an alumni he performed with The Capital Region Wind Ensemble under principal conductor Brett Wery.  During his time at City College he studied with several world class percussionists including his favorite the late Charlie Persip.

Chad played a constant role performing in many local bands through the years, most notably Permagrin. While recently he could be seen performing with The Insolent Willies.

He was predeceased by his step-father: David Hine; his maternal grandparents: Joseph and Anna Gallup; his paternal grandfather: Charles Christman, his uncle Doug Gallup, Jim Williams and aunt Diane Wrobel.

The family will receive relatives and friends for a period of visitation from 11:00AM to 12:00PM, Tuesday, May 24, 2022 at Walrath & Stewart Funeral Home, 51 Fremont Street, Gloversville, followed immediately by a memorial service at 12 Noon with the Rev. Bonnie Orth officiating.

A gathering for family and friends will start at 2pm at the Mayfield Firehouse Pavillion on N. School Street in Mayfield.

In lieu of flowers, contributions may be made in memory of Chad to MCS Jazz Band, Attn Business Office.  Send to 27 School Street, Mayfield, NY 12117.

The staff of Walrath and Stewart is honored to be assisting the Christman family during this time.

To send flowers to the family or plant a tree in memory of Chad Christman, please visit Tribute Store
Tuesday
24
May

Share Your Memory of
Chad
Upload Your Memory View All Memories
Be the first to upload a memory!
Share A Memory
Send Flowers