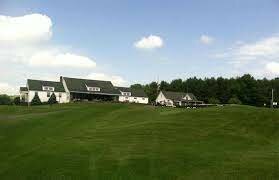 Born on October 22, 1939 a son of the late Bruno A. and Emilia “Molly” Monteleone Miseno.  He was a lifelong Amsterdam resident who attended St. Mary’s Institute for 11 years then graduated from Amsterdam High School in 1957.

Nick graduated from SUNY Cobleskill with an AAS Degree in Business Education in 1960.  He worked for Mohasco Industries and Key Bank in Amsterdam until he decided to attend SUNY Oneonta and pursue a career in teaching.  Upon graduating from Oneonta in 1967 with a BS Degree in Elementary Education, he took graduate classes at the College of Saint Rose and began working for the Greater Amsterdam School District in 1968.  Mr. Miseno taught in the district for 37 years and was very involved in the Amsterdam Teachers’ Association where he served in many positions, but was most well known for his role as Grievance Chairman.

Coach Miseno led the Amsterdam High School Bowling Rams for many years.  He had many Big 10 Titles and 2 Section 2 Championships.  The team was a perennial powerhouse during his tenure as coach.  He is well respected and known for his pre and post-match speeches and coached many Amsterdam Greats.

He was a communicant of Historic St. Mary's Roman Catholic Church in Amsterdam and taught Sunday School for 20 years.

Nick retired from the Greater Amsterdam School District in 2002 and was employed for several years as an associate at the Betz, Rossi, Bellinger, and Stewart Family Funeral Home in Amsterdam

Nick was a long time member of the Amsterdam Municipal Golf Course and served on the Golf Commission for many years.  Later in his life he joined Rolling Hills Country Club where he played many rounds with his buddies Jeffrey and Robert Cantine, Frank “Chick” Bianchi, and Peter Hosner.

Nick was predeceased by a daughter, Mary Rose Miseno who passed Nov. 6, 1966.

The family would also like to thank his Hospice Nurse Amanda Spaulding for her professionalism and kind heart.

The Mass of Christian Burial will be celebrated on Friday May 27, 2022 at 11:00AM at Historic St. Mary’s Church in Amsterdam with Father Pascal “Pat” Iannotti as celebrant.  Interment will be private in St. Mary’s Cemetery, Ft. Johnson, NY.   The family will receive relatives and friends on Thursday May 26, 2022 from 4:00 to 7:00 PM at the Betz, Rossi and Bellinger Family Funeral Home,171 Guy Park Ave, Amsterdam, NY 12010.

In lieu of flowers memorial contributions may be made to the AHS Marching Rams.  Please make checks payable to the Amsterdam Marching Rams Booster Club.   Please leave condolences online at www.brbsfuneral.com

Get Directions
Friday
27
May