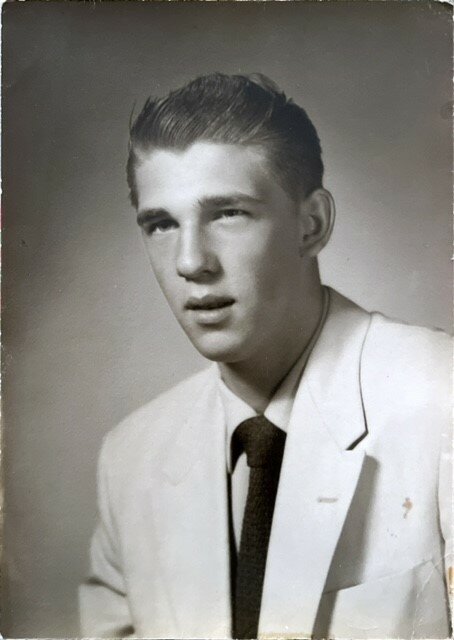 Bernard John Andrzejewski, June 11, 1936 - May 20, 2022, passed away peacefully at his home in Johnstown, NY with his family by his side as was his wish. He is survived by the "love of his life", wife, Helen Fisher Andrzejewski and 5 children: Jacqueline Andrzejewski Gloversville, NY; John Andrzejewski (Donna) Northford CT; Kelly Zampano (James) Guilford, CT; Sandra McGrew (Wayne) Prospect, KY; James Andrzejewski Torrington, CT as well as 7 grandchildren, 2 great grandchildren and many nieces and nephews. He is predeceased in death by his mother, Helen Evans; his father Benjamin Andrzejewski, mother-in-law, Eva Fisher and sister, Dorothy Ferraro. He would also like to acknowledge his remaining siblings Frances, Helen, Edward and Patty.

Bernie often commented that he felt he led an interesting life. The eldest of six children and raised by a single mother, he was proud that despite a difficult childhood all of his family grew to lead good and prosperous lives. After graduating Amsterdam High School in 1954, he met Helen, who he lovingly referred to as "Lady". They courted and wed on July 6, 1957 and had planned to celebrate their 65th wedding anniversary this year.

Bernie joined the USAF and after 4 years abroad, returned home to take a job in a major electronics company where he climbed the ladder to Manager of Manufacturing Engineer. In 1964, he relocated his growing family to Connecticut where he eventually landed in Guilford. He then opened  BJ’s Family Restaurant  in North Branford. After becoming a town staple, he eventually sold his business to return home to upstate New York to be close to his aging mother and mother-in-law. He continued his entrepreneurial dreams and he and his wife opened Reid Hill Mobil Convenience & Gas which he managed for 14 years. After retirement, Bernie and Helen worked as a team at Hillcrest Springs residential care in Amsterdam where they enjoyed caring for the elderly.  Bernie was recognized as Montgomery County's, "Older Worker of the Year".

Bernie was a devout Catholic.  This is the message he left. “I want to thank the Lord, my God, for all the years he has given me here on earth.  Helen was always my rock and confidant.  She gave me 5 loving children.

I thank you God for all you have given me and I do believe in heaven.”

A period of visitation will be held at the Walrath and Stewart Funeral Home, 51 Fremont St, Gloversville, NY on Wednesday, May 25 from 4:00pm to 6:00PM with a brief prayer service officiated by Fr. Matt Wetsel to conclude the visitation. Bernie requested to be cremated. Following his cremation, a Memorial Mass will be held at the Church of the Holy Spirit, 151 Main St., Gloversville, NY at 10:00am on Saturday, June 11. He will be interred at St. Stanislaus Cemetery, Amsterdam, NY following the mass; all are welcome.

Contributions may be made in memory of Bernie to the American Kidney Fund, 11921 Rockville Pike, Suite 300, Rockville, MD 20852, or to St Jude Children's Research Hospital at 501 St Jude Place Memphis, TN 38105 or on their website, www.stjude.org/donate

The Staff of Walrath and Stewart funeral Home are honored to be assisting Bernie's family during this time.

To send flowers to the family or plant a tree in memory of Bernard Andrzejewski, please visit Tribute Store
Wednesday
25
May

Share Your Memory of
Bernard
Upload Your Memory View All Memories
Be the first to upload a memory!
Share A Memory
Send Flowers