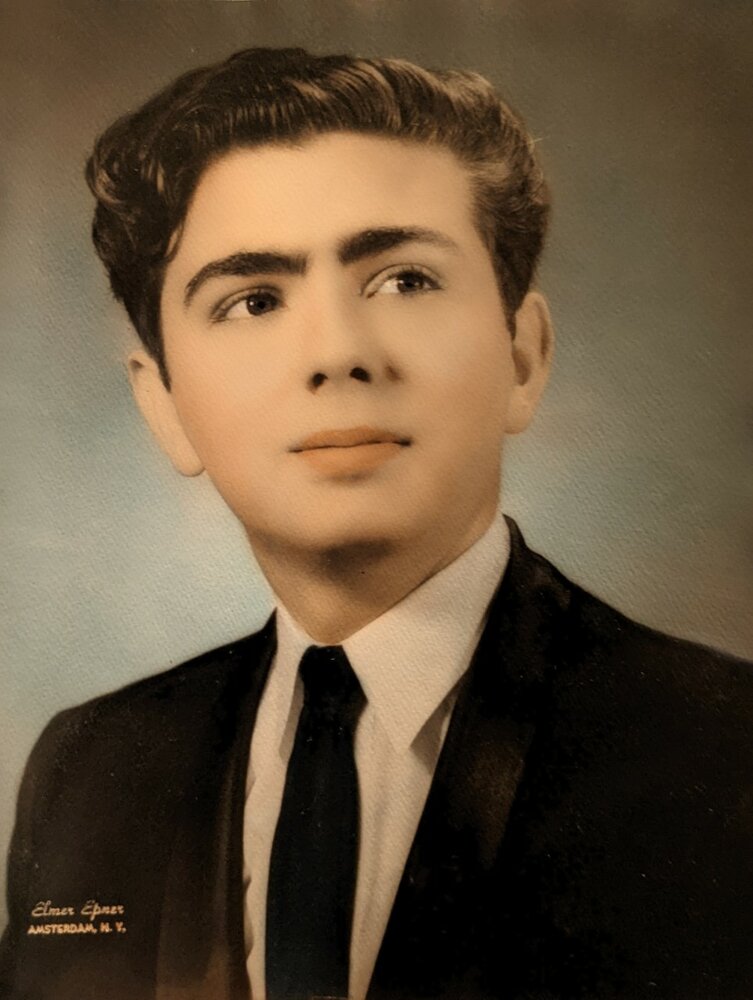 Alfonso was born in Amsterdam, NY on September 28, 1943. He was raised by his loving parents, the late Alfonso F. and Alvida R. Pallone Messineo. He was a lifelong Amsterdam resident and a 1961 graduate of the former Wilbur H. Lynch High School in Amsterdam.

In 1965, Alfonso was drafted and served in the U.S. Army during the Vietnam War. After graduating training in Fort Belvoir, Virginia he was deployed to Vietnam where he worked as an Engineer Supply Parts Specialist. He was honorably discharged in 1967 and received several medals and badges for his service which included: the Vietnam Service Medal, Vietnam Campaign Medal w/ Device, Good Conduct Medal, National Defense Service Medal, and Sharpshooter (Rifle) Badge.

Alfonso was employed at General Electric for 43 years in Schenectady, NY where he started out as a Forklift Driver delivering parts/supplies to various places in the plant. He then became the Tool Room Operator and eventually retired as a Gauge Inspector in February of 2008.

He was a communicant of Our Lady of Mt. Carmel Roman Catholic Church, Amsterdam. He enjoyed bowling in various leagues in Amsterdam, including the former St. John's Club. He was an avid NY Yankees fan and enjoyed watching games with his niece and brothers. Alfonso enjoyed walks to Veteran’s Park, sometimes taking his cat Tigger along, and spending time at home with his extended family and friends. He will be dearly missed by his surviving family.

A Funeral Mass of Christian Burial will be held at Our Lady of Mt. Carmel Roman Catholic Church, 39 St. John St., Amsterdam on Monday June 27, 2022 at 11:00AM with The Very Rev. O. Robert DeMartinis V.F. as celebrant. Interment will be in St. Michael the Archangel Cemetery, Amsterdam with Military Honors. There are no calling hours. Memorial contributions may be made in his memory to the Montgomery County SPCA at mc-spca.com/wp/ Please leave condolences online at www.brbsfuneral.com.

Share Your Memory of
Alfonso
Upload Your Memory View All Memories
Be the first to upload a memory!
Share A Memory