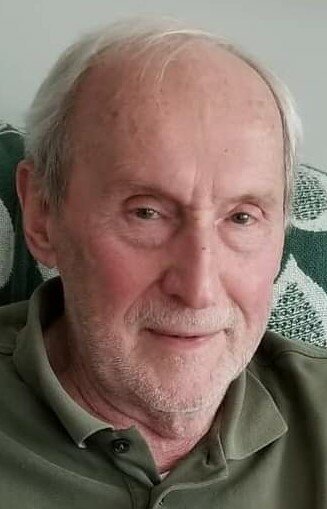 Mr. Robert Depa, 86, of Amsterdam, passed away peacefully on Wednesday July 13, 2022 at Ellis Hospital in Schenectady following a short illness.

Robert was the son of the late Joseph S.  and Elsie Brach Depa.  He was born on June 16, 1936 and was a 1954 graduate of the former Wilbur H. Lynch High School and a lifelong resident of Amsterdam.

Robert served in the US Navy from 1956-1957 with squadron VS-27 out of Norfolk, VA.  He served as Yeoman and earned the rank of Seaman.  He served on four different Aircraft carriers with the Squadron, The USS Tarawa CVS-40, USS Wasp CVS-18, USS Leyete CVS-32 and USS Valley Forge CVS-45.  Robert spent time in places such as Cuba, Haiti, Jamaica, Panama, the Virgin Islands, and patrolling the Atlantic form New York to Florida.

He was employed by Mohasco Industries (Mohawk Carpet Mills) for over 20 years as a cost estimator in the accounting department.  He later worked for Ward Products as the aide for the Vice President.  He spent a short period of time employed by the IRS as a revenue officer.  Later he worked part time for the NY State Taxation Department and the Montgomery County Mailing Department before retiring.

Robert loved to fish.  He and his partner Dolores spent many weekends on Lake Ontario and the St. Lawrence River.  They fished with rods and reels and ice fished with tip-ups.  Robert was also a collector of Sports Memorabilia and US Military Medals.  He became good friends with Phil Rizzuto (Baseball Hall of Famer), through a friend, Tommy McDonald (Football Hall of Famer) and Johnny Podres while in the Navy.  Robert also met Joe DiMaggio, Mickey Mantle and many other players.

Robert is survived by his wife, Dolores May Herman, who he married on February 6, 1960.  He is also survived by 3 daughters, Deborah A. Hardy of Scotia, NY, Bonnie DeCarlo (Bill Newkirk) of Tribes Hill, NY, and Suzanne Gannon of Amsterdam, NY.  He is also survived by 2 brothers and 2 sisters, Terrence Depa  of Sweetwater, TN, Joseph Depa Jr.  , Cynthia Martin (Michael) of Clifton Park, NY and Judy Grybos of Madisonville, TN.  Robert was a lucky grandfather of 9 grandchildren and 3 great-grandchildren, who he loved dearly.  Neil DeCarlo, Bridget DeCarlo, Tanya May Roberts (Matt), Megan Hardy, Jacob Hardy, Caitlin Thill (Austin), Ryan Gannon, Richard Gannon and Andie May Gannon.  Great-granddaughter, Maddison Roberts, Great-grandson, Carter Roberts and great-grandson, Carson Thill.  His 6 favorite pets include  Rocky, Layla, Weezy, Lucy, Athena and Cooper.  He was predeceased by his best friend and his “Little Sweetheart Snoopy”  Depa.

Funeral services will be held on Wednesday July 20,2022 at 1:00PM at the Betz,Rossi and Bellinger Family Funeral Home, 171 Guy Park Ave, Amsterdam with the Very Rev. O. Robert DeMartinis V.F. presiding.    The family will receive relatives and friends on Wednesday July 20, 2022 prior to the service from 12:00 Noon to 1:00 PM at the funeral home.  Interment with Military Honors will follow in St. Casimir’s Cemetery, Amsterdam.  In lieu of flowers memorial contributions may be made to the Montgomery County SPCA, PO Box 484, Amsterdam, NY 12010.

To send flowers to the family or plant a tree in memory of Robert Depa, please visit Tribute Store
Wednesday
20
July