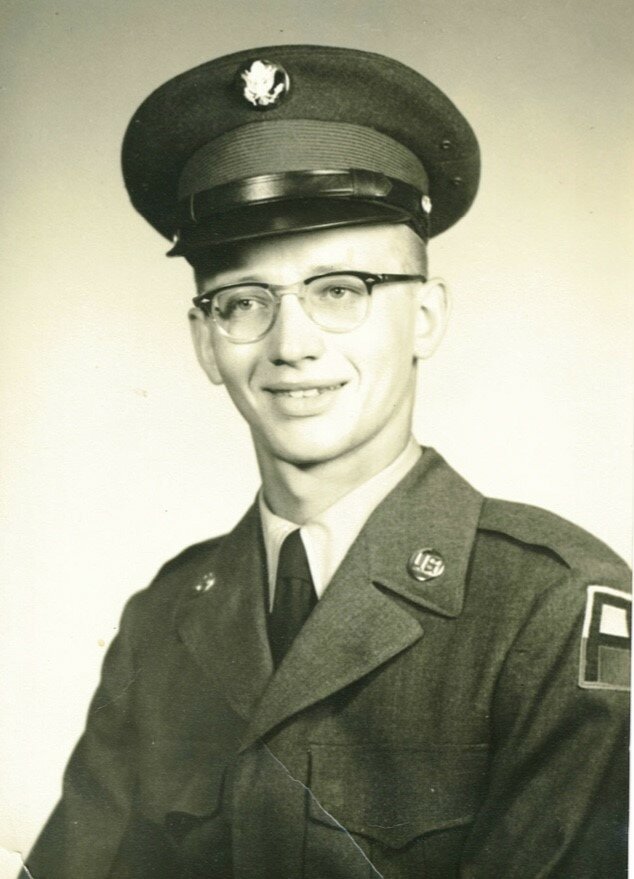 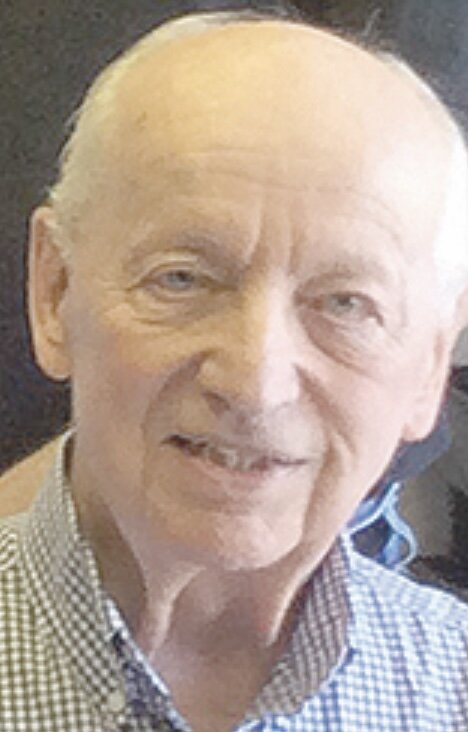 Obituary of Louis B. Mosher

Louis B. Mosher, passed away peacefully at his home on Thursday July 14, 2022.

Louis was born at home on August 20, 1936 in Perth, NY at the height of the Great Depression and it’s difficult financial times.  He was delivered by the great country doctor Dr. Byron Chapman of Broadalbin.  Lou’s middle initial B is for Byron, Dr. Chapman’s first name.

He was the second son of Clarence L. Mosher and Gladys E. (Price) Mosher, both deceased.

He went to the Hills Corners School for the beginning of his scholastic career in the Perth Central School  District.  It was a one-room schoolhouse with six grades all taught by the indomitable Mrs. Elsie Daggett. After the sixth grade, he “went down” to the Perth Central High School in Perth Central; a four room school and graduated in the class of 1953.

During the next three years he served as an Order Assistant in the Order Department of Mohawk Carpet Mills; later to become Mohasco Industries, Inc.

In 1956 he enlisted in the US Army and after his Basic Training at Fort Dix, NJ was assigned to the Army Security Agency (ASA), received his Top Secret clearance and proceeded to the US. Army  Southeastern Signal School at Fort Gordon, Georgia to qualify in the Cryptography Course.  After graduation he served in Okinawa for the balance of his three-year enlistment.  He earned the rank of Specialist Fifth Class (SP-5).

Upon his discharge from the Army, he joined with his father; an independent contractor, who designed and constructed custom built homes.  Their company built the first “Gold Medallion”, all-electric , home in the area.

Lou took over the business in 1986 and expanded its footprint so that it now was ‘”Serving the Entire Capital District Region”.  He later in life entered the Fulton-Montgomery Community College and received an Associate’s Degree in Business Administration.

Lou was an active member of the Mohawk Valley Chorus, served on the board of directors and was its President. He was also an active member of the Army Security Agency (ASA) Okinawa Association.  Lou was a public servant who served several years as a Zoning Officer and Town Councilman for the Town of Amsterdam.  He was Deputy Supervisor during Supervisor William S. Grzyb’s tenor.

Funeral Services will be held on Friday, July 22, 2022 at 12:00Noon at the Betz, Rossi and Bellinger Family Funeral Home, 171 Guy Park Ave, Amsterdam with Rev. Judy Humphrey-Fox presiding. Viewing hours will be from 10:00AM until 12:00 Noon prior to the service at the funeral home.  Those who wish to may go to the cemetery for the interment.   A special buffet reception will take place in Lou’s honor at approximately 1:30Pm at Nicolino’s Restaurant on State Hwy 30.

Special Thanks to Dr. Robert Donohue, most especially to his wonderful and compassionate caregivers Belinda Douglas and Renae Zarecki Mead and to Hospice for their loving care.

To send flowers to the family or plant a tree in memory of Louis Mosher, please visit Tribute Store
Friday
22
July

Share Your Memory of
Louis
Upload Your Memory View All Memories
Be the first to upload a memory!
Share A Memory
Send Flowers