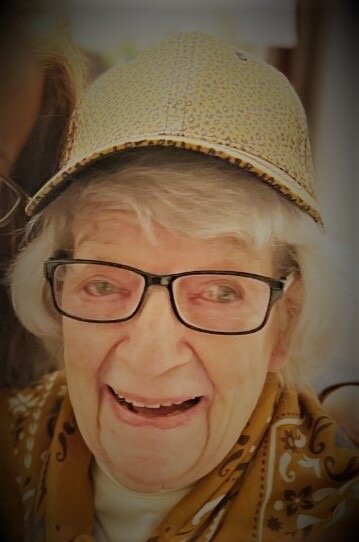 Stella M. (Dabiere) Meskoskey, 98, of Amsterdam, passed away Tuesday September 20, 2022 while at Evergreen Commons Rehabilitation and Nursing Facility in East Greenbush, NY following a brief, rapid decline. Stella was a resident of assisted living for the past four years in Albany, NY where she enjoyed all that setting had to offer including sing-along’s with weekly entertainment, bingo, arts and crafts, bible studies, holiday celebrations, friendly staff and good food.

Stella was the second youngest of eight children of the late Guiseppe and Angiolina (Nicolella) Dabiere who settled in Amsterdam, NY from Frasso Telesino, Italy under the sponsorship of Guiseppe’s brother Clemente in 1914. Born October 6, 1923, Stella spent most of her life in Amsterdam where she completed a business program in the Amsterdam public school system and where she worked as a weaver in the former Bigelow Sanford Carpet Mill as a young adult. For a good portion of her life, Stella was a homemaker, wife, cookie-baker, pizza-maker and mother extraordinaire! She had many interests and hobbies that included a beautiful voice, musical talent, dancing, needlepoint and crocheting, sewing, gardening, shopping and, of course, baking and cooking.

As a young girl, and under the guidance of her older brother Michael, Stella expressed her interest in and aptitude for music by toying with the accordion and piano. Later in life she taught herself how to play the piano, the accordion and the guitar, and she dabbled with the banjo and the violin. The harmonica was always part of Stella’s secret repertoire and she even had opportunity to demonstrate her accordion skills at Schultzie’s Haufbrau where she enjoyed dancing every Sunday, during her retirement years with her husband, Peter, to the tunes of Big Wally.

Stella also had a keen interest in sports – in her younger years, she played tennis and she was nicknamed “slugger” because she could hit a baseball over the trestle at the local park; as a young adult, she went horseback riding regularly and spent many a date “night” dancing, skating or at the beach; after starting her family, she enjoyed hiking, swimming and fishing on the Schoharie Creek while she and her family enjoyed summer days at their camp; and, later in life, she took up golf and belly dancing.

Stella was a happy go-getter, inquisitive, giving and helpful throughout her life. She was appreciative of her good neighbors and all others in the community who supported her pleasures in life and well-being. She enjoyed good conversation and making friends, was the queen of one-liner’s, and she had a good sense of humor. Stella loved babies and children and relished seeing their reactions to her Halloween costume when arriving at her door for trick or treats! Her love and helpfulness extended to supporting her own children even once they were grown and had their own families, and to her grandchildren helping to nurture them as they grew up.

Stella’s strong faith was rooted in her Roman Catholic upbringing. A parishioner of St. Michael the Archangel Roman Catholic Church, it was there that she was united in marriage on Oct. 12, 1947 to the late Peter P. Meskoskey, who passed away in 2007. Stella was an advocate of catholic education and, together with Peter, enabled her children to attend the local parochial schools K-12, explore their interests and then pursue higher learning.

A Mass of Christian Burial will be held on Monday September 26, 2022 at 1:00PM at Our Lady of Mt. Carmel Roman Catholic Church, 39 St. Johns St., Amsterdam with The Very Rev. O. Robert DeMartinis E.V. as celebrant. Calling hours will be held Monday in the church from 11:00AM to 1:00PM. Interment will follow in St. Michael the Archangel Cemetery, Amsterdam. Contributions may be made to St. Mary’s Institute/Music Program, 10 Kopernik Blvd., Amsterdam, NY, 12010.   Please leave condolences online at www.brbsfuneral.com.

To send flowers to the family or plant a tree in memory of Stella (Dabiere) Meskoskey, please visit Tribute Store
Monday
26
September

Share Your Memory of
Stella
Upload Your Memory View All Memories
Be the first to upload a memory!
Share A Memory
Send Flowers