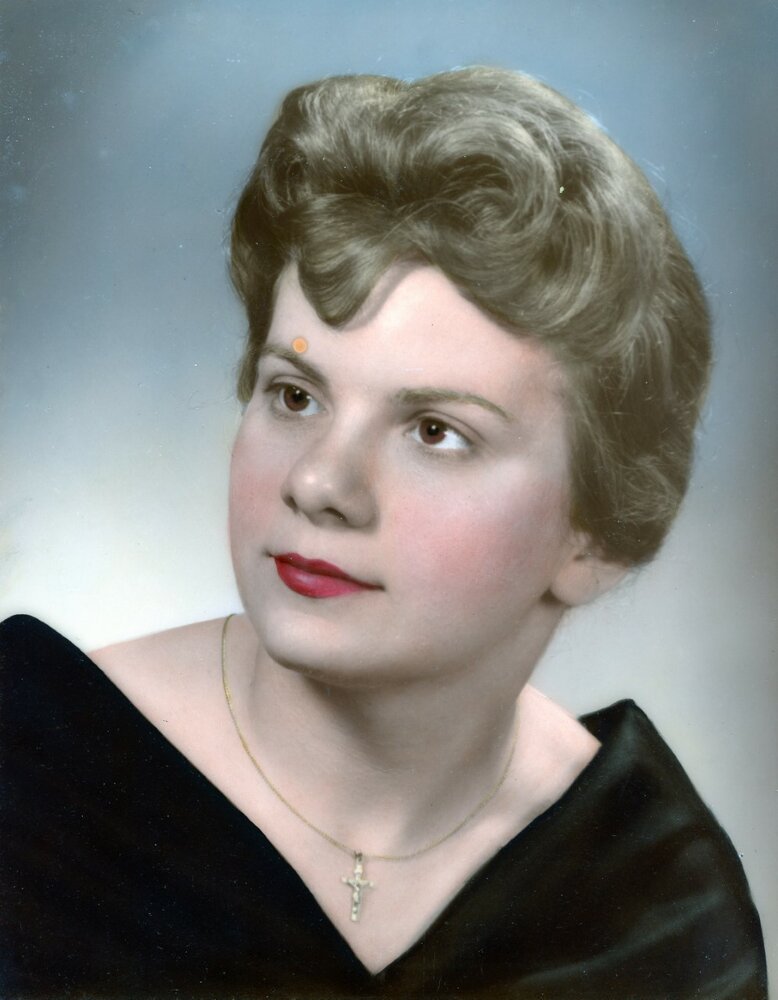 Patricia (DiCaprio) Mannino, was born on October 1, 1938 to George and Beatrice (Lingenfelter) DiCaprio.  She was raised in a large Italian family filled with laughter and kindness, attended school in Amsterdam, and proudly graduated from Wilbur H. Lynch High School with the class of 1957.  She continued her education at the Amsterdam School of Commerce in 1958.  Patricia spoke fondly of her admiration for her sight saving class teacher, Adele McPhee and often claimed she was the main reason that she herself became a Teacher’s Aide.  She married David A. Vidulich in a lovely ceremony on May 20, 1962 and together they welcomed their daughter, Paula Ann.  After David’s untimely death on February 1, 1969, she courted and married Rosario Mannino.  Together they had a son, Steven.  Patricia’s panache for cooking filled her home with delicious original recipes, family kitchen secrets, and simmering scents, which seeped into her children providing them with a lifetime of cooking talents.  She also liked to share her flavorsome goodies with just about everyone she knew.  One of her fondest memories was making cannoli with her adored grandchildren, David, Sonny, and Frankie.  Patricia enjoyed being with her children and grandchildren, especially taking family vacations with them and her extended family.  Her uplifting personality made even the shortest road trip humorous.

Pat, as she was lovingly called, was an active member of the Amsterdam community for nearly 75 years.  She worked for the Amsterdam Police Department as a meter maid from 1958 – 1965 prior to beginning her long career with the Greater Amsterdam School District.  Pat’s work as a Teacher’s Aide at the Vrooman Avenue School, Marie Curie Elementary School, and the Amsterdam High School with special education students, spanned 36 years of dedicated service.   She was a devoted volunteer with the Vrooman Avenue PTA, served as the President and Treasurer of the Teacher Aide Association, the President of the Knights of Columbus Auxiliary, the President of the Columbia Social Club Auxiliary, the Secretary and Social Chairman CSEA Local 829, and she taught religious instruction at St. Mary’s for 14 years.  Pat’s faithful commitment to her community was strengthened by the friendships she formed and maintained for all of her life.  Her smile and laughter were ever present, and she was always quick to send a personal note to celebrate an event or share her thoughts.  Pat would quickly say she proudest of having been a part of so many children’s lives through her work, and of the personal successes of her own children.

A Mass of Christian Burial will be celebrated on Monday October 10, 2022 at 12:00 Noon at Historic St. Mary’s Roman Catholic Church, East Main St., Amsterdam, NY with Rev. Martin Kordel, CRL presiding.  The family will receive relatives and friends on Monday October 10, 2022 propr to the funeral Mass from 9:00 to 11:00AM at the Betz, Rossi and Bellinger Family Funeral Home, 171 Guy Park Ave, Amsterdam, NY 12010.  Interment will follow in St. Joseph’s Cemetery, Ft. Johnson, NY.