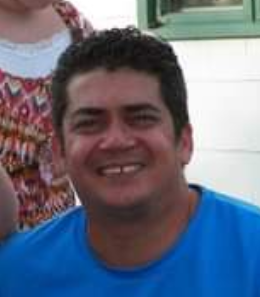 Ruzzo C. Visconti, age 53, of Gloversville, passed away Wednesday, October 12, 2022 at St. Mary's Hospital, Amsterdam, following a lengthy illness.
He was born November 8, 1968 in Gloversville, the son of the late Jerry and Isadora "Dory" (Climaco) Visconti. He was employed by several telecommunication companies where he loved his work. He was an avid guitar player and golfer, as well as a huge fan of the NY Yankees and Giants.
Ruzzo is survived by his caregiver and ex-wife, Angela L. (Person) Visconti; a brother, Michael Visconti (Deborah) and a sister, Jean Girard (Rod); as well as several nieces and nephews.
In addition to his parents, he was predeceased by his son Nicholas Warner and a sister, Carol McDonald of Michigan.
Interment will take place privately at Mount Carmel Cemetery, Johnstown, under the direction of Walrath & Stewart Funeral Home.
Online condolences to the family may be made at www.brbsfuneral.com

To send flowers to the family or plant a tree in memory of Ruzzo Visconti, please visit Tribute Store

Share Your Memory of
Ruzzo
Upload Your Memory View All Memories
Be the first to upload a memory!
Share A Memory
Send Flowers