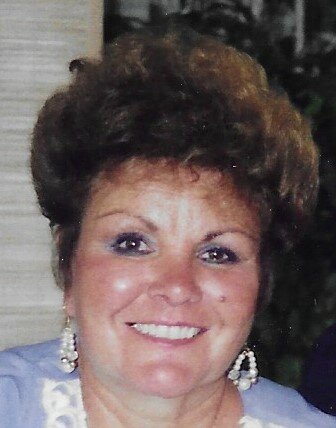 Shirley graduated from Amsterdam High School and had a long career at the Amsterdam Savings Bank, working her way up from teller to Assistant Treasurer. She also served as president of the Savings Bank Women.

Shirley and her beloved husband, Edward Francis Picinich, Jr., were married at St. Mary’s church in Amsterdam on October 13, 1956. They were married for 63 years and spent almost 30 years in Florida during their retirement.

Shirley most enjoyed spending time with her family and friends.  She also loved to laugh, and her sunny personality made everyone who knew her, love her. She was a beautiful person, both inside and out. She was given the nickname “Pie” by her grandson, Ryan, and it stuck because she was truly a sweetie pie. She was always looking for the positive and often said “Every day’s a good day, enjoy whatever part of it you can.” She was a member of the Sunsations dance group when she lived in Sun City Center, Florida and was involved in many Follies productions in Amsterdam, NY. She was also a member of golf leagues in both New York and Florida.

She was preceded in passing by her husband Edward F. Picinich, Jr., her daughter Michele L. Pooler, her son-in-law Jefferey D. Schmidtmann, her grandson, Ryan I. Pooler as well as her brother LaVerne G. Bull.

Funeral services will be held privately, at the convenience of the family. She will be laid to rest in Pine Grove Cemetery, Tribes Hill, NY with Edward. Memorial contributions may be made to the Montgomery County SPCA, PO Box 484, Amsterdam, NY 12010 or to an animal shelter of your choice.

Share Your Memory of
Shirley
Upload Your Memory View All Memories
Be the first to upload a memory!
Share A Memory