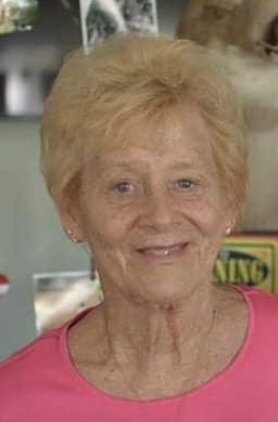 Joan S. Smullen, 83, of Gloversville passed away on October 23, 2022, at the Fulton Center. Born in Amsterdam on September 14, 1939, Joan was the daughter of the late Edwin and Mildred (Andracki) Gerling.

Joan is survived by her son Robert (Holly) Smullen of Duanesburg, her brother Edwin Gerling of Ballston Lake, her sister Patricia Thomann of Fairfield CT; and her daughter-in-law Lisa Smullen of Florida. Two grandchildren whom she adored Jimmy (Kim) Smullen and Kayla Smullen Perry, and two great granddaughters Brielle Perry and Adelyn Perry. Joan is also survived by 3 nephews and 1 niece.

Besides her parents Joan is predeceased by her son James Smullen.

During her lifetime Joan was a graduate of Wilber H. Lynch High School Class of 1957. She was employed by Amsterdam Print and was a switch board operator in customer service for 38 years before retiring in 2009. Joan loved raising her children and grandchildren.

In lieu of flowers contributions in memory of Joan can be made to the American Diabetes Association, PO Box 7023, Merrifield, VA 22116-7023 or click here to donate online

To send flowers to the family or plant a tree in memory of Joan Smullen, please visit Tribute Store

Share Your Memory of
Joan
Upload Your Memory View All Memories
Be the first to upload a memory!
Share A Memory
Send Flowers