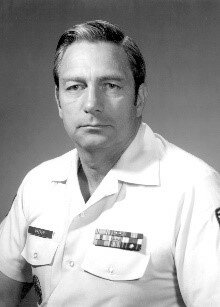 Born on December 7, 1930, in his family home at 75 East Main Street, Fonda NY, he was the son of the late William J. Weeper and Ida (Deckro) Weeper. He was a resident of Fonda until 1965, where he attended local schools, and worked in area mills including the Weeper Manufacturing Company, Inc. He enlisted in the New York Air National Guard and retired at the rank of Senior Master Sergeant after 40 years of service.  After retiring from Stratton Air National Guard Base in Scotia NY, he worked as the airfield manager at Fulton County Airport in Johnstown NY.

Bill loved flying and flew gliders at every opportunity.  He was an accomplished gardener and woodworker.  He was also a long-time member of the Rotary Club in New York and Texas.  Upon moving to Selma Texas, Bill served as a City Councilman.  He will be missed by all who knew and loved him.

Entombment will take place in the Gerald B. H. Solomon Saratoga National Cemetery at a later date.

To send flowers to the family or plant a tree in memory of William Weeper, Sr. , please visit Tribute Store
Print
Share A Memory
Send Flowers