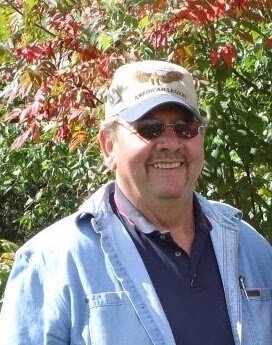 Mr. David C. Carter, 77 of Fort Johnson, NY, passed away on December 1, 2022 with his loving family at the home that he and his wife built themselves in 1970 in Fort Johnson, NY.
David was born on November 6, 1945 in Amsterdam, the son of the late Agnes H. (Miller) and Edwin D. Carter. David was a lifelong resident of Fort Johnson, residing there for the past 77 years. He was a graduate of Wilbur H. Lynch High School Class of 1964.

David met his wife and life long partner, Linda R. (Ryan) Carter during their high school days. The two married on October 2, 1965 and celebrated 52 years of marriage before Linda passed away on November 24, 2017. After her passing, David always joked that Linda would be patiently waiting for his arrival, as they have a lot of catching up to do. David was a carpenter by trade but was a man of many talents. During his career, he was also a welder, plumber and fabricator.

He worked for the former Coleco Industries, Hasbro and TPI in Amsterdam for over 20 years. He was also the former owner of the Mayfield Grill for 7 years before selling it in 2004. He then moved on to work for the Village of Fort Johnson DPW for 14 years, before retiring in 2017 due to the health of his wife.

He believed in hard work, togetherness and family. In 2013 at the age of 68 with the help of his two grandsons, he started building his grandsons home, which sits across the street from the home he built for his family years earlier. To his family, he was known as Pop. He was the type of person who would choose to repair something over buying a new one. He valued hard work and dedication and was able to share that and his vast knowledge of many things with his family and friends. He was also able to help his grandchildren fulfill their wishes of living close to the home he built in Fort Johnson.

For over 20 years, David and Linda enjoyed spending time at “Camp.” Starting out at Sunset Bay and then to Pine Haven, where they met and made many friends. They spent much of their time there on the boat and making memories with their family. Many great memories were made there as well as on their boat.

He was a charter member of the Sons of the American Legion Post 701 in Amsterdam. As dedicated member of the Post, he spent his time volunteering and could always be found in the kitchen helping cook for their many events. David was also involved in the building of the NY State Museum in Albany for 7 years during the winter and in-between worked on the Amsterdam bridge in the spring until its completion.

David was a loving father of two daughters, Michele L. Carter and Tracey L. (Mark R.) Pabis. He was brother to Barbara (Larry) White of Ballston Lake, NY and Thomas (Rosemary) Carter of Fonda, NY.  Brother-in-law to Gail Pritchett of Newport, OH. Cherished grandfather of David R. (Allison) Pabis of Fort Johnson, Stephen R. (Samantha) Pabis of Fort Johnson, and Jenelle L. Pabis (Alex) of of Fort Johnson. Great-grandfather of Paisley-Grace Pabis, Colton Pabis, Lindiann Pabis and Ryann Pabis. Beloved uncle to his nieces and nephews. He also leaves behind his life long friends, Frank and Theresa Jablonski and Jack Putman, as well as great friend Eric Zwack, whom worked with David during his time at the Village of Fort Johnson DPW. He was predeceased by his wife, Linda Carter, his parents Agnes and Edwin Carter and his brother, James M. Carter.

Share Your Memory of
David
Upload Your Memory View All Memories
Be the first to upload a memory!
Share A Memory