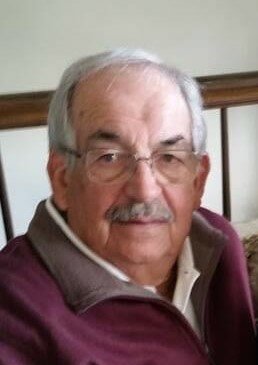 George A. H. Morgan, 80, of Gloversville, NY and Cape Coral, FL passed away on December 9 2022 at his Home in Gloversville, NY.  He was born in Gloversville on October 5, 1942 and was a lifelong resident. The son of George S. and Jeanette Girard Morgan, George was a US Army veteran serving in Okinawa from 1968 to 1970, earning the rank of sergeant in the shortest allowed amount of time (15 months).

George was a graduate of Gloversville High School in 1961 and was in the first graduating class at Fulton-Montgomery Community College in 1966.  George furthered his education thru the American Institute of Banking, the New York Bankers Association, and the Independent Bankers Association.

George enjoyed traveling, golfing, hunting, fishing, amusement parks, following horse racing and most of all spending time with his family.

George was predeceased by his parents and daughter Susan Papini.

The family will receive relatives and friends from 11:30am to 1:30pm on Saturday, December 17th at Walrath & Stewart Funeral Home, 51 Fremont St, Gloversville.

Memorial contributions may be made in lieu of flowers to the American Heart Association, 7272 Greenville Avenue, Dalla, Texas 75231.

To send flowers to the family or plant a tree in memory of George Morgan, please visit Tribute Store
Saturday
17
December