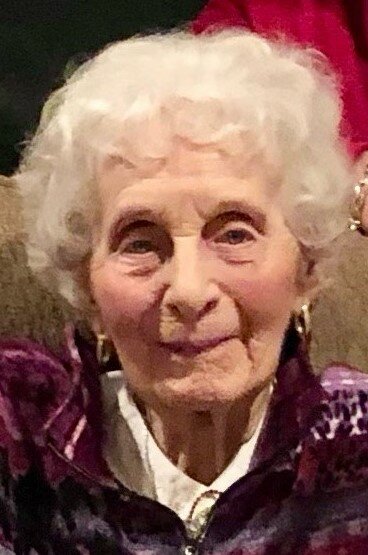 She was born in McKeesport, PA on February 15, 1922, a daughter of the late Emil and Laura Seymour Masto. She and her family came to Amsterdam, NY during her senior year of high school. Virginia then graduated from the former Wilbur H. Lynch High School.

During World War II, when young men left to serve our country, Virginia proudly stepped forward to fill a vacant role in the Milling Department at General Electric — adding her name to a long list of women across the United States who inspired the legend of “Rosie the Riveter.”

Virginia worked as a receptionist at the former Amsterdam Memorial Hospital for many years. She enjoyed making ceramics and traveling cross country in her RV.

Virginia was a communicant of Our Lady of Mt. Carmel Roman Catholic Church in Amsterdam and St. Kateri Tekawitha Church in Schenectady, NY.

Virginia’s family would like to thank the staff at Kingsway Arms Nursing and Rehabilitation Center in Schenectady for the wonderful care they gave to Virginia over the years.

A Mass of Christian burial will be held on Friday, December 23, 2022, at 10:00AM at Our Lady of Mt. Carmel Roman Catholic Church, 39 St. John St., Amsterdam, NY with The Very Rev. O. Robert Demartinis E.V. as celebrant.  The family will receive relatives and friends prior to the Mass from  9:00 to 9:45AM at Our Lady of Mt. Carmel  Church.   Interment will  follow  in St. Mary’s Cemetery, Ft. Johnson, NY.   In lieu of flowers, memorial contributions may be made to Dana Farber Cancer Institute, P.O. Box 849168, Boston, MA 02284-9168 or click on www.danafarber.org.   Arrangements have been entrusted to the Betz, Rossi & Bellinger Family Funeral Home, 171 Guy Park Ave, Amsterdam, NY 12010.

Share Your Memory of
Virginia
Upload Your Memory View All Memories
Be the first to upload a memory!
Share A Memory