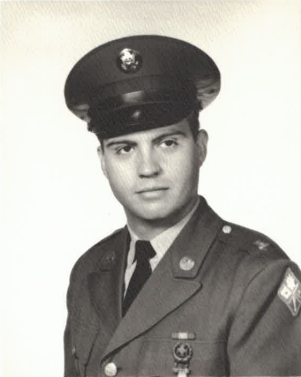 Bill was born in Amsterdam, NY on December 18th, 1946, to the late William F. and Florence (Enser) Tomak. He attended local schools and graduated with the Class of 1965 from the former Wilbur H. Lynch High School. He then obtained his Associate’s Degree from Fulton Montgomery Community College in 1967. Bill continued his education through the U.S. Army Signal School in Fort Monmouth, New Jersey and was awarded his diploma in October of 1968. From Signal School, William continued proudly serving until 1973. He served in Vietnam for one and half years as an Army Radio Operator.

Once discharged, Bill began working for GTE Telephone Company in Johnstown, NY. He then found his lifelong career as a Chemist Technician at the General Electric Company in Schenectady, NY and remained there for 25 years until his retirement at 55 years old. In retirement, he worked part time at Von Roll USA Inc.

William loved to go hunting and fishing with his father and continued this as he got older by joining the Guan Ho Ha Fish & Game Club in Glenville, NY. He was a car enthusiast and an active member of the Capital District Region Cadillac - La Salle Club, Inc, and he served as the previous president of the club and, was serving as treasurer upon his passing.

Bill is survived by his sisters Roxanne Tomak and Carol Mathews; girlfriend of many years Becky Weaver; and nieces, nephews, and cousins.

He was predeceased by his parents William and Florence Tomak.

To send flowers to the family or plant a tree in memory of William Tomak, please visit Tribute Store