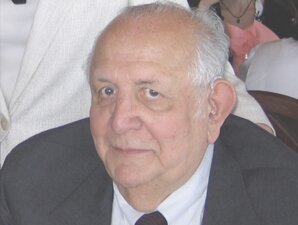 Erick F. Montoya, age 90, died peacefully in his home in San Jose, CA after a long illness. He was born in Buga, Colombia. After moving to the United States in 1953, he graduated from Niagara University with a B.S. in Chemistry in 1957. He spent most of his career at both Hewlett-Packard and Spectra-Physics.

Mr. Montoya will be remembered for his wit, his laughter and joy, wisdom and kindness. He will be laid to rest at St. Michael’s Cemetery in Amsterdam, NY.

To send flowers to the family or plant a tree in memory of Erick Montoya, please visit Tribute Store

Share Your Memory of
Erick
Upload Your Memory View All Memories
Be the first to upload a memory!
Share A Memory
Send Flowers