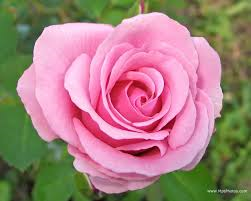 Mrs. Bonnie M. Tanner, 92, most recently residing at the Washington Center in Argyle, NY died peacefully on January 3, 2023.   Born on March 6, 1930 in Hanover, PA. she was the daughter of the late Frank and Leona Becker Prescotte.   Her mother Leona was a member of the Pennsylvania Dutch Amish community and her father Frank was a French Air Force pilot training in the U.S. at that time. Her father, Frank joined the U.S. Army Air Corps. and moved his young family to Pearl Harbor, Hawaii in 1930 where he was  stationed.  Bonnie’s mother died in 1936.  In November of 1941, Bonnie age 11 was evacuated from Pearl Harbor to California with other families of U.S. military officers stationed at the Pearl Harbor base.   She spent a couple of years in foster care attending middle school in the Redlands, CA. area and then was sent back to relatives in the Hanover, PA area to live.  In 1946, Bonnie moved to Johnstown, NY to take care of an autistic youngster of relatives located there.  She graduated from Johnstown High School in 1948 and married Glenn Tanner of Gloversville shortly thereafter. Bonnie was able to reunite with her father Frank, a decorated WW II veteran in CA. in 1965 and meet her half brothers.  She was also able revisit Hawaii where she spent her early years. Bonnie worked hard to support her family at several jobs in the Johnstown/Gloversville area.  She would often say that all she ever wanted was “…a real family”. Bonnie will be missed by those who knew and loved her.  She is survived by her four sons, Mark (Jeanne) Tanner, Glenn E. Tanner Jr., Stephen (Aimee) Tanner, and Daniel C. (Sonya) Tanner; along with many grand children, great grand children, nieces, and nephews. As per Bonnie’s wishes, there will be no local service. Her remains will be placed in the Pennsylvania Dutch area that she cherished so much where her mother and grandparents are buried. Contributions in Bonnie’s memory may be made to Washington Center for Rehabilitation and Nursing located in Argyle where she was well taken care of for these past six years.

Cremation arrangements were entrusted to the care of Walrath & Stewart Funeral Home.  Please visit the online memorial at www.brbsfuneral.com

To send flowers to the family or plant a tree in memory of Bonnie Tanner, please visit Tribute Store

Share Your Memory of
Bonnie
Upload Your Memory View All Memories
Be the first to upload a memory!
Share A Memory
Send Flowers