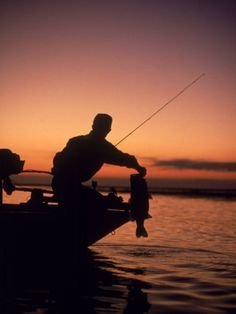 Obituary of Michael A. Frye Sr.

Michael A. Frye Sr. passed away peacefully at home on Friday, May 4th, 2018, after a brief illness. He was surrounded by his loving family.

Mike was born on May 4th, 1950 in Gloversville, N.Y. He was the son of Nadine Frye Morrison and the late Kenneth Morrison Sr. He was a lifelong resident of Gloversville. He was employed for many years by Glove City Taxi and was a volunteer fire fighter with Berkshire Fire Department for 28 years. Mike enjoyed fishing and hunting with his family. He enjoyed the races at the Fonda Speedway and taking long car rides with his daughter. Mike was known for his kindness and will be remembered for his smile.

Mike was predeceased by his father Kenneth and his sister Patricia Morrison. Survivors include his mother Nadine Morrison of Gloversville; his daughter Larissa Frye of Gloversville; his son Michael Frye Jr. (Brenda); 2 brothers, Kenneth Morrison Jr. (Renee) of Gloversville, and Gene Morrison (Jodi) of Amsterdam; 6 sisters, Ann Phillips of Pennsylvania, Karen Gifford (Jack) of Gloversville, Tina Morrison (Joe) of Dansville, Sherry Miller (Rich) of Ephratah, Kitty Hausman (Francis) of Florida, and Katie Smida (Joe) of Fonda; His niece Kayla Hogabone (Jason) of Mayfield who was his caregiver and took great care of him during his illness. His 3 grandsons, 1 great granddaughter; as well as several aunts, uncles, nieces, nephews, and cousins also survive.

Arrangements have been entrusted to the care of Walrath & Stewart Funeral Home, 15 Fremont St. Gloversville, N.Y. 12078. A Celebration of life will be held on Thursday May 10th, 2018 from 3-7 pm at Berkshire Fire House, 320 Steele Ave. Gloversville, N.Y.. In lieu of flowers a memorial contribution may be made to the family to assist the family with the unexpected expenses. Donations may be made payable to Nadine Morrison 130 Fremont St. Gloversville, NY 12078 for a trust that will be set up for Mike’s daughter Larissa. Those wishing to express their condolences may do so by signing our online Memorial at www.brbsfuneral.com.

To send flowers to the family or plant a tree in memory of Michael Frye Sr., please visit Tribute Store
Print
Thursday
10
May