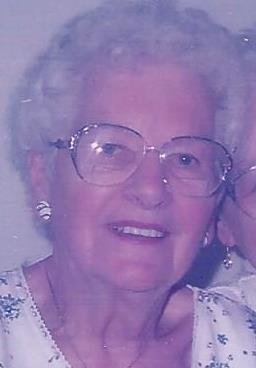 She was born February 1, 1925 in Maspeth, Long Island, the daughter of the late Joseph and Josephine Mateczon Winiski. She was a graduate of Adelphi College (LI) and worked for Price Waterhouse as an auditor and for Tennessee Eastman (subsidiary of Eastman Kodak) in the advertising dept. in New York City. She last worked for MCA (Universal) in Gloversville, retiring as office manager in 1988. She moved to Gloversville in 1973 and to Johnstown in 1999 and to Amsterdam several weeks ago.

Virginia was a member of the North Main Street United Methodist Church and the 50-55 Plus Senior Citizens Club of Gloversville.

Virginia was predeceased by her husband, James A. Mohrman in 1997; also by her sisters, Mary Jane Ahlberg and Irene McConnell.

The family will receive relatives and friends from 4 to 6 p.m. Tuesday, May 22, at Walrath & Stewart Funeral Home, 51 Fremont St, Gloversville where a Funeral Service will follow at 6:00 p.m. with the  Rev. Christopher Hall officiating.

Memorial contributions may be made in lieu of flowers to Community Hospice of Amsterdam; 246 Manny's Corners Rd; Amsterdam, NY 12010.

To send flowers to the family or plant a tree in memory of Virginia Mohrman, please visit Tribute Store
Print
Tuesday
22
May