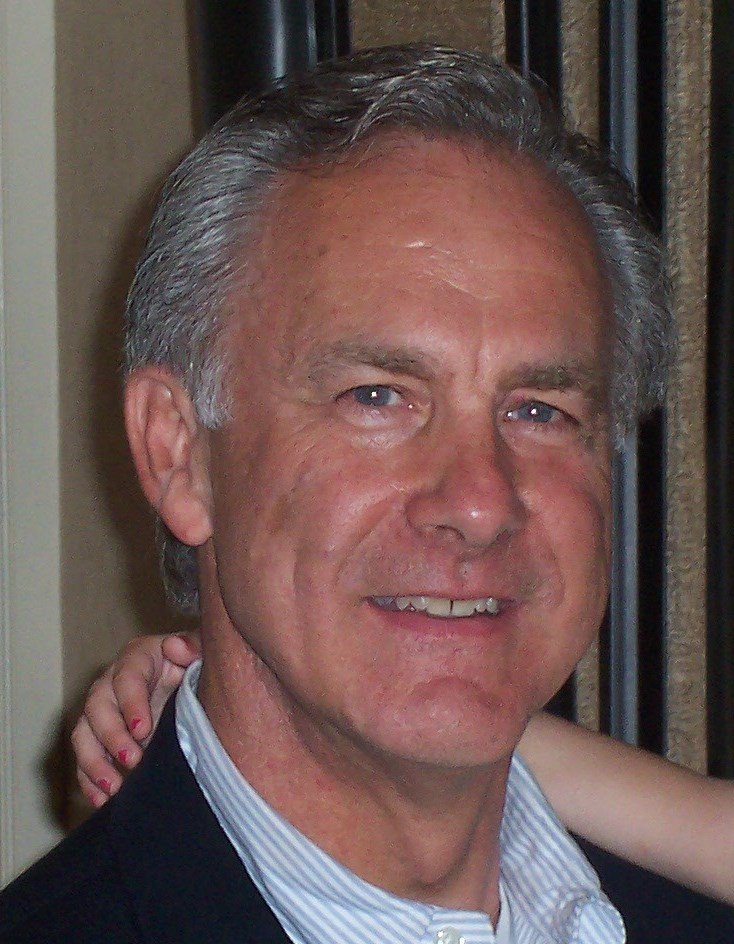 Due to the Johnstown Memorial Day Parade parking will be limited. Please avoid Main Street by approaching the Saint Patrick's Masonic Lodge from North Perry Street, and carpool if possible for events, both Friday night visitation and Saturday morning service. Thank you.

Brian K. Hanaburgh passed away peacefully on Wednesday morning, May 23, 2018 after a lengthy illness. He was well-known in the community, reaching people in a special way.

He was born August 16, 1949 in Rhinebeck NY to Joan Wiley and James “Howie” Hanaburgh. He was raised on a small farm there and graduated Rhinebeck Central High School in 1967.

Brian is survived by his wife and partner of 29 years, Anita Nelson Hanaburgh. They shared a full and rewarding life since their marriage on July 27, 1989.

Following High school, Brian attended SUNY Morrisville and Western Michigan University where he received a degree in Mechanical Engineering. He worked summers at IBM during his college years.

Brian served in the U.S. Army as a Military Policeman, Specialist 4th Class, in Augusta, Georgia during the Vietnam Conflict.

He is best known for his involvement with McDonalds Restaurants. He started with McDonalds Corporation part time in 1969 while at college in Michigan and worked his way up from crew person to franchise owner. He bought his first McDonalds in Herkimer, New York at the age of 29. He grew his business to eight area McDonalds restaurants, located in Johnstown, Gloversville, Palatine Bridge, Fultonville, Richfield Springs, Cooperstown and two in Cobleskill. He owned, operated and managed them for 27 years until they were sold in 2006.

As a McDonalds Owner/Operator, Brian grew a successful business known for its expert training of employees. He directed, developed and organized 500 Employees. Always believing that people were an important part of business, Brian was a “hands on operator” and could be seen daily working with the “crew”. The Hanaburgh organization was nationally recognized by the McDonalds Corporation for its outstanding performance, receiving many Outstanding Restaurant awards, including, among others, the prestigious Ray Kroc Award.

With McDonalds Brian served in many leadership roles. Brian was a senior voice in local and national committees. He was a member of the Eastern/Albany Regional Operators Board, serving as president. He served nationally as the elected representative of the Regional Operators Advisory Board. He started the Albany Regional Leadership Council. He worked with legislators and businessmen on McEnergy Commerce. Brian personally, along with his restaurants, supported the Ronald McDonalds House Children’s Charity. He served on the Grants Committee for many years. Locally he has sponsored many community activities including the Fonda Speedway “McDonalds Weekend”  “Cruise Ins”, go-cart races, fundraisers for schools, library and churches. He endorsed Ronald McDonalds Grants to the local Catholic Charities, Johnstown Library, Family Counselling Center, Gloversville Summer Youth Program, Nathan Littauer Camp Happy Days and the Glove Theater Summer Program.

Brian was an expert organizer and planner. Brian was known to “lead by example”. Part of his success was due to his natural ability to organize and set goals.  Many community organizations have used Brian as a facilitator in organizing their operation.

Retiring from McDonalds, Brian worked as a partner in B and G Fuel Systems and H and K Real Estate Development. For almost 30, years Brian was part owner and manager of City Line Self Storage, Gloversville.

Brian enjoyed living and working in Fulton County. Believing as Ray Kroc stated, “You’ve got to give back to your communities”, Brian was an active and respected member of the community. He served as chairman of the Nathan Littauer Hospital Board and enjoyed working with this valuable community asset. He has served as member, Chairman of the Board and spearheaded the Capital Campaign of the Nathan Littauer Foundation. Desiring to help those in the community that are underserved, Brian supported Lexington Center and served as Chairman of their Transitions Advisory Board.

For over 35 years he has been an active member of the Fulton County Chamber of Commerce where he has served as President, Vice President and Secretary. He also served on the boards of the Chamber of Commerce in Schoharie and Otsego Counties. Brian was a member of the Board and served on the Executive Committee of the former City National Bank. He recently retired from the board of NBT Bank after serving for 10 years, including the Trust, Loan and Audit committees.

Brian was an active member of The Church of Jesus Christ of Latter Days Saints, Gloversville, where he served as Youth Director for 6 years and Youth Seminary Teacher for 8 years.

Always an advocate of the boy scouts, he served as Chairman and Co-Chairman of the Good Scout Award Event for the Twin Rivers Council Boy Scouts for many years.  He recently received the nationally recognized North Star award presented by the Boy Scouts of America for Distinguish service to Youth.

Brian was instrumental in the development of the current FMCC Foundation, where his wife taught for 25 years, creating the bylaws, budget, goals and plans. He served as President, Past President and most recently as Lifetime Honorary member. Brian has also served on the Fulton County Consolidation Committee, the Private Industry Council, The United Way and the Johnstown Public Library Fundraising Committee.

Brian enjoyed his membership in the 100 year-old Burroughs Nature Study Club. He served as Vice President of the Glimmerglass Condo Homeowners Association and was a member of the Fulton County Car Club.

Brian was the recipient of the Ambassador of the Year Award, The President’s Award, the Community Commitment Award from the Fulton County Chamber of Commerce.

Additional awards include the Jennie Award, the Employer of the Year from Liberty Enterprises, Kiwanis Business of the Year, Mohawk Valley Library Association Community Award, the St. Mary’s Hospital Project Action Award and “Making It Happen” Community Connections Award from the FMCC Foundation.

Brian had a passion for anything with wheels. He was an avid sports car racer, builder and collector. His love was for British cars, especially M.G’s. His greatest pleasure was working on his cars with his friends at his “Toy Box” garage. He is a long-time member of the Sports Car Club of America racing an MGA and Caterham 7 in the SCCA circuit.

Brian enjoyed spending time with his children, his grandson, and his seven “favorite” granddaughters, hiking, and enjoying time at their summer home in Cooperstown.  He and his wife were enthusiastic travelers, traveling with friends, visiting over 40 countries and all the continents, except the really cold ones, and almost all the National Parks, except the cold ones.  In retirement Brian could be found boating on Otsego Lake, caring for his home, visiting his faraway family, messing around at the Family Homestead in Rhinebeck, or scrolling Ebay for British car “finds”.

In lieu of flowers, memorial donations can be sent to The Nathan Littauer Foundation or the Ronald McDonalds House.

A Funeral Service will take place 10 a.m. Saturday, May 26 at The Church of Jesus Christ of latter Days Saints, 417 Steele Ave. Ext; Gloversville.

A memorial gathering for family and friends will also be held at the family homestead in Rhinebeck.

To send flowers to the family or plant a tree in memory of Brian Hanaburgh, please visit Tribute Store
Friday
25
May

Share Your Memory of
Brian
Upload Your Memory View All Memories
Be the first to upload a memory!
Share A Memory
Send Flowers