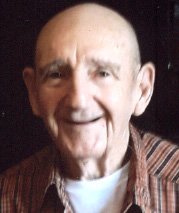 William Henry Dopp, 87, of the Town of Perth passed away on September 29, 2019 with his family by his side. William (Bill) was born in Amsterdam on October 25, 1931, and was the son of the late Homer and Viola (McWilliams) Dopp.

Bill was educated at St. Mary’s School. He served in the United States Army from 1955-1957, receiving a Good Conduct Medal. He was employed at the General Electric Company in Schenectady for 44 years as a leader in the Foundry Department, and as a melter and molder.  Bill received the Albert Einstein award for his leadership. He retired in 1986, and was a member of the Quarter Century Club.

Bill was an avid hunter and fisherman at his family’s camp in Lake Luzerne. He enjoyed rides over the mountains, and going to local diners for strawberry shortcake. He also loved spending time with his family, whether it was at the camps, the pond, or family barbecues.

On July 19, 1953, Bill married Doris (Laymon) Dopp. They shared 43 years together until her passing in 1997. His grandson, Daniel John Dopp, also predeceased him in 2005. Bill is also predeceased by his eight brothers and one sister; Homer, Robert, Edward, John, Charles, Washington (Frank), Joseph, Leo, and Pearl Osowicki.

Funeral services will be held on Thursday, October 3rd, 2019 at 12 Noon, in the Chapel of the Betz, Rossi & Bellinger Family Funeral Home, 171 Guy Park Avenue, Amsterdam, NY with the Reverend Jim Kretser as Celebrant. Burial will follow at Pine Grove Cemetery in Tribes Hill, NY. Family and friends are invited, and may call from 10am until 12 Noon at the Betz, Rossi & Bellinger Family Funeral Home.