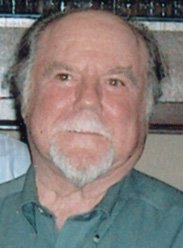 Mr. Vito G. Fariello, 86, of Amsterdam, NY passed away on January 22, 2020 at St. Mary’s Hospital, with his loving family by his side. He was the son of the late Joseph and Julia Fariello. Born on October 7, 1933. Vito was a graduate of Wilbur H. Lynch High School.

Shortly after high school, he joined the United States Army and served for two years in Korea. After his time in the Army, Vito worked in the offices of the Mohawk Carpet Mills for several years. He later opened The Keg Room, which he operated for 25 years, until his retirement.

Vito enjoyed fishing, and loved his camp on the Great Sacandaga Lake. He was a parishioner of St. Michael’s, and then Mt. Carmel churches.

Vito is survived by his sisters, Caroline Serge and JoAnn (Don) Arthurs, as well as several nieces and nephews.

Vito’s family would like to thank the staff at St. Mary’s for the wonderful care they provided to Vito. Their kindness and excellent care meant a lot to them.

Friends and family are invited, and may call on Friday, January 24, 2020 from 11am until 12 noon at the Betz, Rossi & Bellinger Family Funeral Home, 171 Guy Park Ave, Amsterdam, NY. Funeral services will be conducted in the funeral home at 12 noon the same day with Fr. O. Robert DeMartinis officiating. Interment will follow at St. Michael’s Cemetery. Please visit Vito’s online guestbook at brbsfuneral.com.