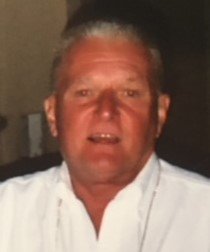 James Francis Sarnowicz, 77,  of Clearwater, FL and formerly of Galway, NY passed away at home surrounded by his family on February 14, 2021 after a long battle with Parkinsons Disease.  He was born in Amsterdam, NY on November 27, 1943 to Felix and Clara Sarnowicz.  James was a 1962 graduate of Wilbur H. Lynch High School.

Also known as Jonesie, he was married to the love of his life and caretaker, the former Linda Rae Burza on August 27, 1967.  He was an Army Veteran and a member of the National Guard. James had a 38 year career as a plumber/pipefitter and was a 50 year member of Schenectady Local #105 and later, Local #7 out of Albany, NY.

He retired in December 2002 and spent his time golfing, gambling and proudly attending his grandchildren’s sporting events. He hardly missed a game. James could fix anything.  His barn was his castle where he had every tool known to man and a consistently stocked fridge.  He restored a 1964 Corvette Sting Ray for Linda which she loves almost as much as she loves him.

Many thanks to all of his and Linda’s friends (including their Golf and Super Bowl buddies) and everyone who supported them throughout his illness. The family would also like to thank Suncoast Hospice and Reverend Monsignor Robert Morris of St. Catherine of Siena Church, Clearwater, FL who lovingly blessed James with his last rites.

A celebration of life and Funeral Mass will be held in the spring at the family’s convenience.  In lieu of flowers memorial contributions may be made to Suncoast Hospice Foundation, 5771 Roosevelt Blvd., Clearwater, Florida, 33760.  Arrangements have been entrusted to the Betz, Rossi and Bellinger Family Funeral Home, 171 Guy Park Ave, Amsterdam, NY 12010.

To plant a tree in memory of James Sarnowicz, please visit Tribute Store