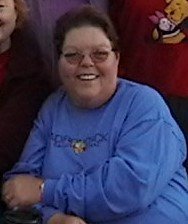 She was born on January 26, 1949 the daughter of Mr. Earl Leroy Schriner and Mrs. Beatrice Potter Schriner of Utica, New York. Edna attended school in Massena, graduating the class of 1967 and, after raising her family, went on to earn an Associate’s Degree from FMCC. She was employed for a number of years as an Office Clerk at Amsterdam Dialysis Center until her retirement in 2014. Edna was united in marriage to Mr. Eugene Bowler in 1973. They remained lovingly married until his passing in 2002.

Edna was a dedicated Girl Scout for many years, serving as a troop leader, Association Chairperson, and Delegate to National conventions.  She was an avid hot air balloon fanatic; she took numerous trips to various hot air balloon festivals, and eventually got to fly in a balloon over the Grand Canyon when she went to the Albuquerque Balloon Festival in New Mexico.

She will be remembered for her beautiful cross-stitch creations, and her famous “egg mc muffin” breakfasts any time kids came to visit.

In addition to her husband Edna was preceded in death by her parents Earl and Beatrice as well as her brother John Schriner.

She is survived by her daughter Stacey (Clayton) Miner of Buffalo, New York as well as her son Kevin (Katie) Bowler, and Bonus daughter Anna (Tim) Jensen, as well as her grandchildren Scott, Carter, Matthew, Emma, and Caleb and several nieces and nephews.

A Celebration of Life will take place on Friday, August 20, 2021 at 4:00PM at the House of Pizza in Gloversville NY.  The family requests that attendees wear her favorite color – RAINBOWS!

In lieu of flowers donations may be made to the Girl Scouts of Northeastern NY https://www.girlscoutsneny.org/.  Help send a kid to camp!

To send flowers to the family or plant a tree in memory of Edna Bowler, please visit Tribute Store