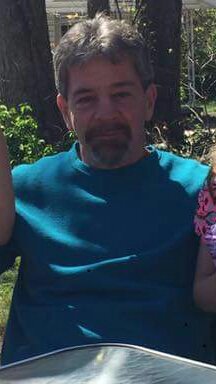 Raymond Serafin, 53, of Amsterdam, NY has gone to his eternal rest on Sunday, June 10th, 2018 with his loving family by his side.

Born on August 4th, 1964, in Amsterdam, NY, he was the son of the late Rose Aguilera and Donald Serafin. Raymond graduated from Amsterdam High School Class of 1982. He later spent most of his adult life in the fulton county area. Raymond spent time in North Carolina where he was employed by Taffaro Marketing Group Inc. as a repairman. Raymond was a jack of all trades and a master of many and enjoyed working with his hands. He enjoyed hunting, fishing, and working on cars Raymond truly was an empathetic person and would go out of his way to help others. He was well natured with an exceptionally big heart. He will be deeply missed by all who knew and loved him.

A Celebration of life will be held for Raymond at the convenience of the family at a later date. Arrangements have been entrusted to the care of Betz, Rossi, & Bellinger Family Funeral Home, 171 Guy Park Ave., Amsterdam, NY 12010. Those wishing to express their condolences to the family may do so by signing our online Memorial at www.brbsfuneral.com.

To send flowers to the family or plant a tree in memory of Raymond Serafin, please visit Tribute Store
Print
Share A Memory
Send Flowers