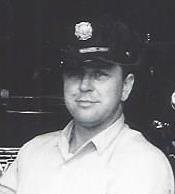 He was born February 17, 1933 in Gloversville, the son of the late Vernon and Marguerite Quillo Bump. He served in the US Navy during the Korean War and was a Gunners Mate 2nd Class. He was later employed while living in Florida for Chris Craft Boats for several years and was a volunteer firefighter in Pompano Beach, Florida. In May of 1966 he began employment as a firefighter with the Gloversville Fire Department and several years later began his career for the Johnstown Fire Department where he served for over 20 years until he retired in June of 1990.

Dick was a member of the Broadalbin American Legion and VFW, the Amvets, the Koean War Veterans Association, the USS Albany CA123 Alumni and the Bleecker Fish and Game Club. He enjoyed riding his numerous motorcycles his entire life.

In addition to his parents, he was predeceased by his first wife, Jacqueline Rochat Bump; a daughter, Linda Stanzel; a brother, Vernon Bump; a sister, Elizabeth Bump and a granddaughter, Shauna Bump.

A Celebration of Life Event at the Bleecker Fish and Game Club, 1110 County Highway 309, Gloversville,  on September 29 at 1 pm.

Interment will take place at Ferndale Cemetery, Johnstown, at 12 noon on October 5.

To send flowers to the family or plant a tree in memory of Richard Bump, Sr., please visit Tribute Store
Saturday
29
September