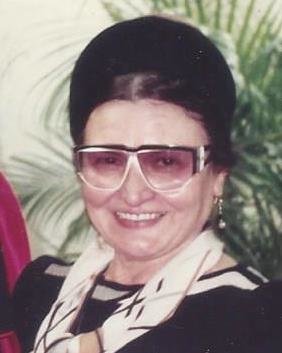 Obituary of Zorka I. Bekerus

She was born December 3, 1927 in Yugoslavia, the daughter of the late Jovan and Danka Petcovic Ivanovic.

Zorka was of Yugoslavian (Serbian) decent and a dual citizen of England and the US.  She was imprisoned as a teenager in Yugoslavia during WWII following the German invasion in 1941 that undoubtedly influenced the remainder of her life.

Dr. Bekerus earned her medical degree in 1955 from the University of Belgrade Facility of Medicine in what is now Serbia.  She earned her advanced degree in Anesthesiology at the Royal College of Surgeons in London, England.  The Royal College of Anesthetists later separated and earned an independent royal charter.  Zorka took great pride in her training and was proud to be one of the first female physicians in her field.

The late Professor T. Cecil Gray served as the Dean of the Royal College of Anesthetists from 1964 – 1967.  He was a mentor and friend that Zorka spoke of often.  Zorka was the first to describe ‘Chester Porphyria’ based upon her clinical observation in 1963 in Chester, England (hence the name).

Zorka migrated to the US and held a NYS medical license from 1970 – 2017.  She lived in Bedford Hills and practiced in NYC prior to moving to Gloversville and Johnstown.  Her two dogs “Bubbie” (border collie) and Sugar (yorkie) made Zorka’s face light up.  They were never more than a few feet away.  Zorka often expressed her affection and gratitude for the friendship of Deputy Pedro Garcia of the Fulton County Sheriff’s Office, Mrs. Brill and the Balzano family.

Zorka’s imprisonment in early life and numerous challenges she faced throughout made it difficult to earn her trust.  Zorka was a treasure for those of us fortunate enough to get a glimpse of the person behind the wall.  She was a brilliant and accomplished woman who lived an incredible life. She was generous – sometimes to a fault.   Beneath the sometimes crusty - sometimes downright angry - exterior was a kind, loving and lonely woman.  Zorka was loved and will be missed.

To send flowers to the family or plant a tree in memory of Zorka Bekerus, please visit Tribute Store
Saturday
20
October