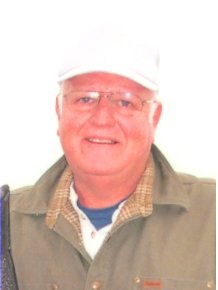 During his lifetime he was a 30 year Sheriff’s Deputy, he worked for Montgomery County Sheriff’s Department in Fonda, retiring in 2002. He was also a Director/Lifetime member of the Canajoharie Forest Fish and Game Club from 2002 to 2016, a member of the Sprite Club of Dolgeville, Member of Mohawk Valley Cat and Coons Club of Fultonville, and a member of St. Johnsville Masonic F & AM Lodge 611.

Relatives and Friends are invited to call at the Jackson & Betz Family Funeral Homes, 15 Main Street, Fultonville, NY 12072, on Thursday October 11, 2018 from 4 to 7 PM. Funeral services will take place at the funeral home on Friday October 12, 2018 at 11 AM with Pastor David Johnson, burial will follow in the family plot of the West St. Johnsville Cemetery.

In lieu of flowers contributions can be made to Mountain Valley Hospice, 108 Steele Ave, Gloversville, NY 12078

To send flowers to the family or plant a tree in memory of John Hayes, please visit Tribute Store
Print
Thursday
11
October