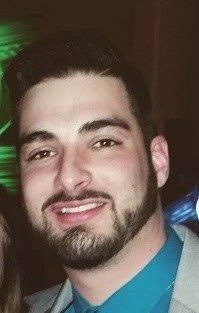 Shane McGowan of Amsterdam New York passed away tragically with his wife and good friends on Saturday, October 6th, 2018 at the age of 30

Shane was born to Sheila McGarvey and Dr. Randy T. McGowan on March 6th, 1988 in Greenwich Connecticut. He attended local schools graduating from Amsterdam High School in  2006 and went on to attend Sage College where he graduated with his Bachelor’s Degree. Shane worked has a Direct Support Professional at Liberty Enterprises for several years. After graduation, Shane became a Hearing Specialist at Miracle Ear where he worked for over 5 years.

Shane was married to the love of his life, Erin Vertucci, on June 8th, 2018. The duo spent their time living life the fullest. Erin brought out the social butterfly in Shane and together they enjoyed going to baseball games, traveling, and spending all of their free time with friends and family. Shane was an avid golfer, enjoyed video games, and loved the Yankees. He was such a big fan of the Yankees that he attended the 1996 World Series when the New York Yankees beat Atlanta Braves to win the World Series and was able to attend two perfect pitch games in his lifetime. More than anything he loved his wife Erin, and sometimes loved Erin’s dog Remy.

He was preceded in death by Grandparents Kevin McGarvey, Isabella and John Alfred McGowan.

A Mass of Christian Burial will be celebrated for Shane and his wife Erin on Monday October 15, 2018 at 11:15 AM at  Historic St. Mary’s Roman Catholic Church, 156 E. Main St. Amsterdam, NY with Father Jeffrey M. L’Arche, M.S. as celebrant.   Interment will follow in  St. Casimir’s Cemetery, Amsterdam.  The family will receive relatives and friends of both Erin and Shane on Sunday, October 14, 2018 from 2:00 to 6:00 PM in the Body of the Church of Historic St. Mary’s, 156 East Main St., Amsterdam, NY.  In lieu of flowers the family would prefer donations be made to the First Responders of Scho-Wright  Rescue Squad, 388 Main Street, Schoharie  New Yok 12157 or to the Montgomery County SPCA, PO Box 484, Amsterdam, NY 12010  in loving memory of Shane and Erin.

To send flowers to the family or plant a tree in memory of Shane McGowan, please visit Tribute Store
Print
Sunday
14
October