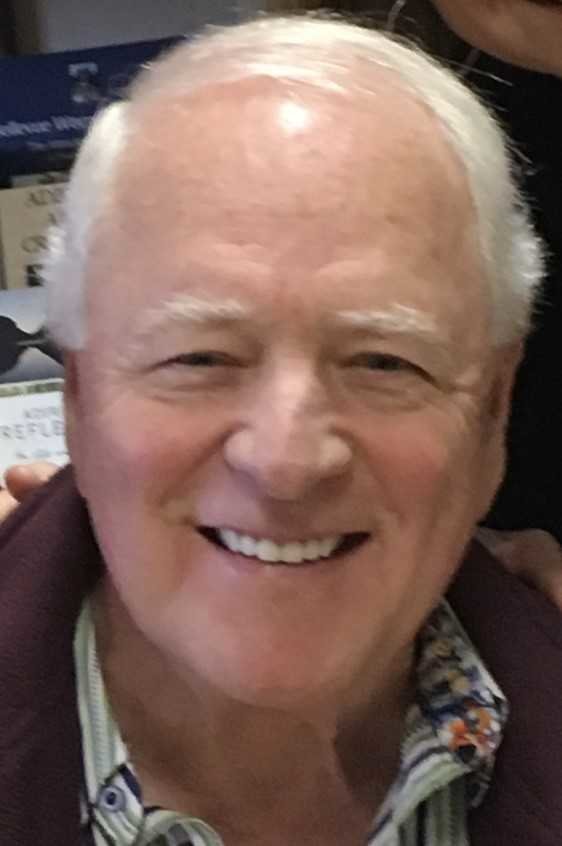 “Well, that’s that. As I told you many times, I knew that if I stuck around long enough, something like this would happen. My life was a good one. I had virtually everything I needed and nearly everything I wanted. It doesn’t get much better than that.” – Bill Pierce

On August 24, 1943 in Batavia, NY, William “Billy” Pierce was born to Franklin and Elizabeth (Ucci) Pierce, named after an uncle who died many years before on Christmas Eve at the age of 5, a namesake that remained important to Bill throughout his life. Inspired by his Scottish and Italian heritage, it wasn’t a stretch to find Bill eating pasta and drinking Chianti while wearing his kilt.

No task was too great for Bill. At a young age he set his sights on the Eagle Scout Award, the highest honor that one can achieve in scouting, and earned this at 15. His career as a natural athlete began by “upsetting the order”, when as a sophomore at West Seneca Central High School, he defeated a senior record-holder with a new school record in high jump. From there, the sky was the limit: excelling at basketball, diving, track and field, tennis, golf, horseshoes and lawn bowling, and living the dangerous life, playing Jarts™ with his family. Carrying this competitive spirit with him throughout his life, in 1995 Bill placed first in the high jump event at the New York State Senior Games.

Graduating from high school at 16, he received a Bachelor’s of Science Degree in Physics from SUNY Buffalo and went on to earn a Master’s Degree in Student Personnel Administration from SUNY Albany. This however was just the beginning of his quest to learn and experience life – Bill was a voracious reader of all literature including comic books, Steven King, John Updike, Bill Bryson, David McCullough and pretty much every book in between. That voraciousness goes for movies and music, too. His collection of books, DVDs and CDs, when laid end-to-end, would circle the earth at least four times. No joke.

In his early 20s, Bill taught physics at Cleveland Hill High School in Cheektowaga, NY before moving to Johnstown, NY in 1968 and beginning his 35-year career at Fulton-Montgomery Community College as an Administrator (Director of Admissions and Coordinator of Student Activities), Advisor in the Student Counseling Center, and Professor, teaching psychology, human development and leadership, and influencing countless students and peers. In recognition of his commitment, Bill received the New York State Chancellor’s Award for Excellence in Professional Service as well as distinguished title Professor Emeritus. These achievements are overshadowed only by his most treasured award, The World’s Best Dad plaque from his kids in1974.

As if this is not enough, the guy was an artistic genius and found joy in everything creative. He was a self-taught guitarist, autobiographical author of, “Whoever I am is Around Here Someplace” (2017), poet, composer of music and lyrics (including the unforgettable “Doggy Bed Blues”), furniture maker, designer of countless, priceless birthday cards for his family and friends, and performer of an incomparable and gut-busting Donald Duck impression.

To boot, he and his wife Daryl proudly sailed their boat, “Turkey” to a nail-biting last-place finish in the 1975 Rebel Regatta on the Sacandaga Reservoir. For years, they also shared unmentionable shenanigans with friends in their Folk Singing Group, Gourmet Group and Tennis Club. Wherever Bill was, people were laughing and having a good time.

For Bill, however, his family was most important. That’s really all that needs to be said about him. Carrying out his legacy are his wife of 55 years, Daryl, and children Glenn (Kara Gniewek) and Kathleen (Jimmy Grasso), who will lovingly remember nicknaming him “Baby Chick Head” and smile.

At Billy’s request there will be no traditional calling hours or funeral. “If you have a memorial event, could you please focus on spirituality and life. Have lots to eat and drink, play music, price of admission is to have a joke or story to share. No ‘Derek Zoolander-style eugoogily’ will be necessary. No bagpipes required. Cry if you need to, but have fun and laugh a lot.” In accordance with these wishes, a Celebration of Bill’s Life will be held at Harold’s Restaurant, 176 W. Fulton Street, Gloversville, NY on Thursday, December 13 at 4pm. All who wish to express condolences or share a funny story are encouraged to join the family at that time.

In lieu of flowers, please consider a donation to one or both of the following organizations: HeARTs SPEAK (www.heartsspeak.org, click “Donate in Honor of a Beloved Friend”) or The Mr. Mo Project (https://www.mrmoproject.com/). Please note that the donation is in memory of Bill Pierce.

To know this man was to know laughter, wisdom and love. Thank you, Billy.

Funeral Arrangements have been entrusted to the care of the Walrath  & Stewart Family Funeral Home, 51 Fremont Street, Gloversville, NY 12078.

To send flowers to the family or plant a tree in memory of William Pierce, please visit Tribute Store
Thursday
13
December