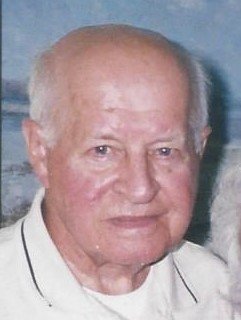 He was born September 25, 1926 in Gloversville, the son of the late Douglas and Marion Morgan Baldwin. He was employed as a plumber all of his life, first by Treher and Jung for 33 years until 1982.  He then became self-employed until 1987 when he began working for the Gloversville Enlarged School District until he retired in 1992. He was a member of the Local #105 Plumbers and Steamfitters Union.

He was married to Mary Helen Etherton Baldwin in 1949 who died in 1997. He married Helen VanHusen Mattioni-Baldwin in 2001 who died in 2011. In addition to his parents, he was predeceased by his brothers and sisters: Eileen Deere, Helen Louise Brink, George Baldwin, Watson "Wamp" Baldwin, Robert Baldwin, Donald Baldwin, Roger Baldwin and Marion Fagant.

The family will receive relatives and friends from 10 to 11am Wednesday, April 3 at Walrath & Stewart Funeral Home, 51 Fremont St, Gloversville, where a Funeral Service will follow at 11:00am with the Rev. Dr. R.W. Williams officiating.

Memorial contributions may be made in lieu of flowers to the Mountain Valley Hospice, 108 Steele Avenue, Gloversville, NY 12078.

To send flowers to the family or plant a tree in memory of Richard Baldwin, please visit Tribute Store
Wednesday
3
April