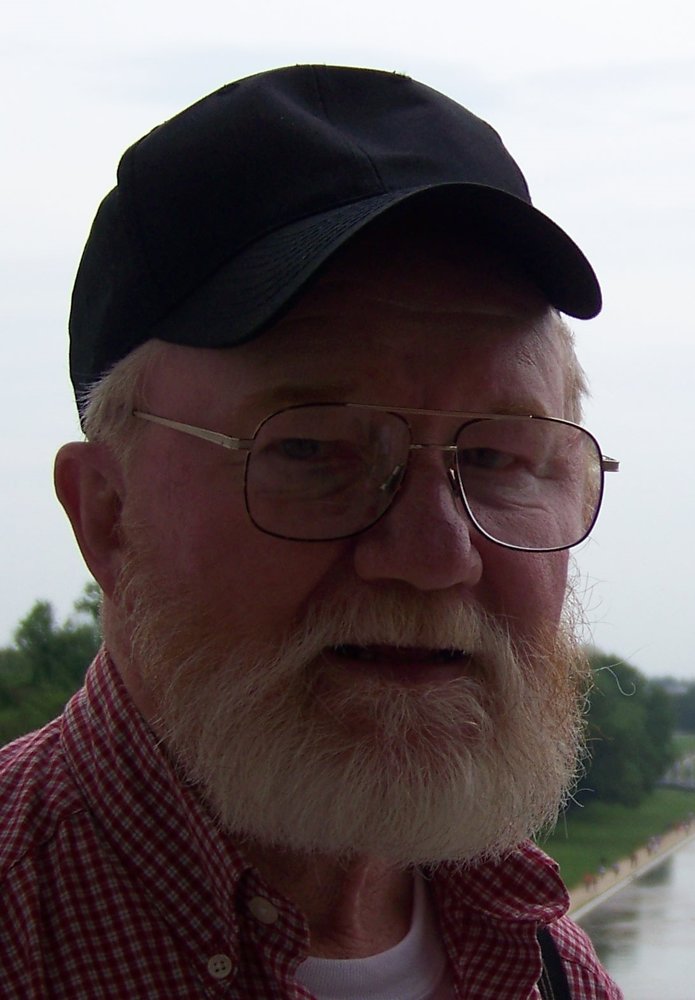 Edward W. Overbaugh passed on April 17, 2019 at Bourne Nursing Home with his loving wife and best friend at his side. He lost his twenty year battle with Parkinson's Disease and accompanying dementia.

Ed's quiet presence, quick wit, along with his sweet smile touched all he met.

Born in March 23, 1938 at home to his parents Daniel Overbaugh and Margaret (Kendle) Overbaugh, Ed was a country boy who attended a one room school in Minaville, NY. He graduated from Wilbur Lynch High School then enlisted in the Marine Corp where he was deployed to Lebanon, serving as a guard at their embassy in Beirut. He attained the rank of Lance Corporal.

Growing up in a rural farming community, he was involved in agriculture most of his life including milking cows at the McClumpha Farm, bailing hay, picking rocks and driving  tractor in field preparations. Ed was employed at Florida Implement, Jack Miller’s Tractor and Truck in Schoharie, as well as Nabisco as a route salesman, prior to Anderson Instrument in Glen from which he retired in 2000 where he was on the maintenance team.

During his working years Ed enrolled in BOCES classes on Electrical Instrumentation. Also at BOCES, he took classes on auto body repair, preparing him to rehabilitate an old tractor he had purchased.  Later in years he built and sold heavy duty picnic tables along with two miniature barns. The first was a scale model of his friend’s barn that included interior stalls and tiny hay bales he created by devising a machine to create them. But railroads were his most critical interest, always searching for trains running in view of the highway.

After moving to Orleans, on Cape Cod MA, in 2016, Ed spent many happy hours at The Day Center in the Orleans Senior Center which he attended over the last two years of his life. He made friends and especially enjoyed the home made lunches. A warm thank you for all the tender care their staff gave to Ed especially Ann, Laird and Maria. It was there that he was awarded with a Citation by the Commonwealth of Massachusetts, The House of Representatives, in recognition of his courageous leadership and dedicated service to our country by Robert A. DeLeo, Speaker of the House, and Sarah K. Peake, State Representative, on November 7th, 2018 at the State House, Boston, Massachusetts.

Ed is survived by his wife of 28 years Heidi Mayo-Overbaugh of Orleans, MA, his stepson Matthew (Midiam) of Gypsum, CO, their children Alex and Kelly, and his grandson Arik McNamara of Amsterdam, NY. Also surviving are his brother and sister-in-law, Ken (Penny) Mayo and their daughter Amanda of Little River, SC.

A graveside service will be held at Chuctanunda Cemetery, Minaville, NY on Friday, May 17th at 11:00 AM. Family and friends are welcome to share in a celebration of his life.  Local arrangements are under the direction of the Betz,Rossi & Bellinger Family Funeral Home, 171 Guy Park Ave, Amsterdam, NY 12010.  In lieu of flowers, donations may be made in his name to Habitat for Humanity International Org. 322 W Lamar Street, Americus, Georgia 31709-3543.

To send flowers to the family or plant a tree in memory of Edward Overbaugh, please visit Tribute Store
Print
Friday
17
May